Jade Pendant in the Shape of a Dragon (龍形玉飾)

Nephrite. Excavated from the tomb of the King of Chu, Shizi Mountain, Xuzhou, Jiangsu province, in 1995.

In Chinese culture, the dragon is a fabulous creature that embodies heavenly power and magic. The image of the dragon, along with its veneration, arose in ancient China and continues today. This coiled dragon in an openwork design probably functioned as a pendant or ornament as suggested by a hole near the dragon’s eyes, through which the piece could be suspended or attached with a cord. Major sources of the greenish or yellowish nephrite seen on this piece were found in Xinjiang, in far northwestern China. A series of tiny raised roundels on the dragon’s body was a popular motif on ancient jade ornaments associated with the stars or, possibly, grains. 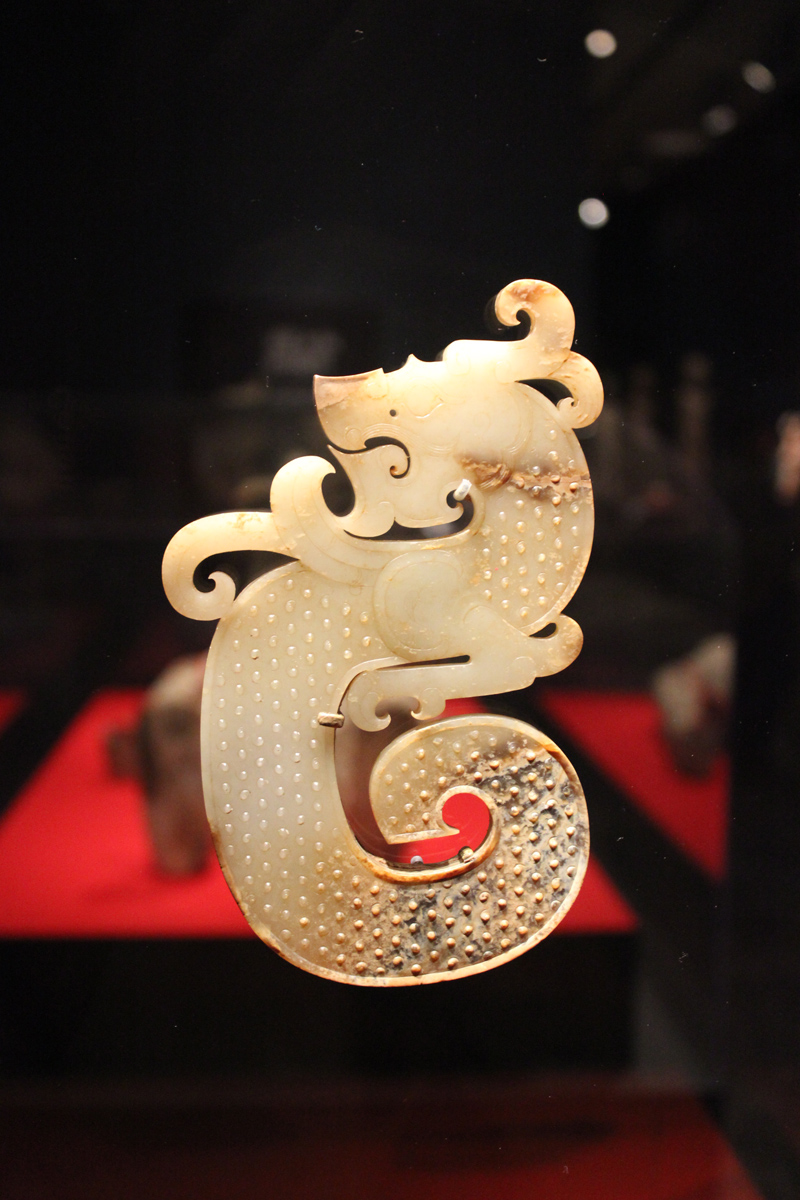