Han royal family members were often interred in custom-tailored suits made of jade plaques to protect their bodies in the afterlife. Depending on the body size, a complete suit could comprise up to 2,500 jade pieces in rectangular, triangular, round, half-moon and fan shapes. Sewn in gold, silver or bronze thread to denote the wearer’s status, they resemble a full suit of armor. This restored jade suit belonged to a queen of the Jiangdu kingdom, who died shortly before the king. 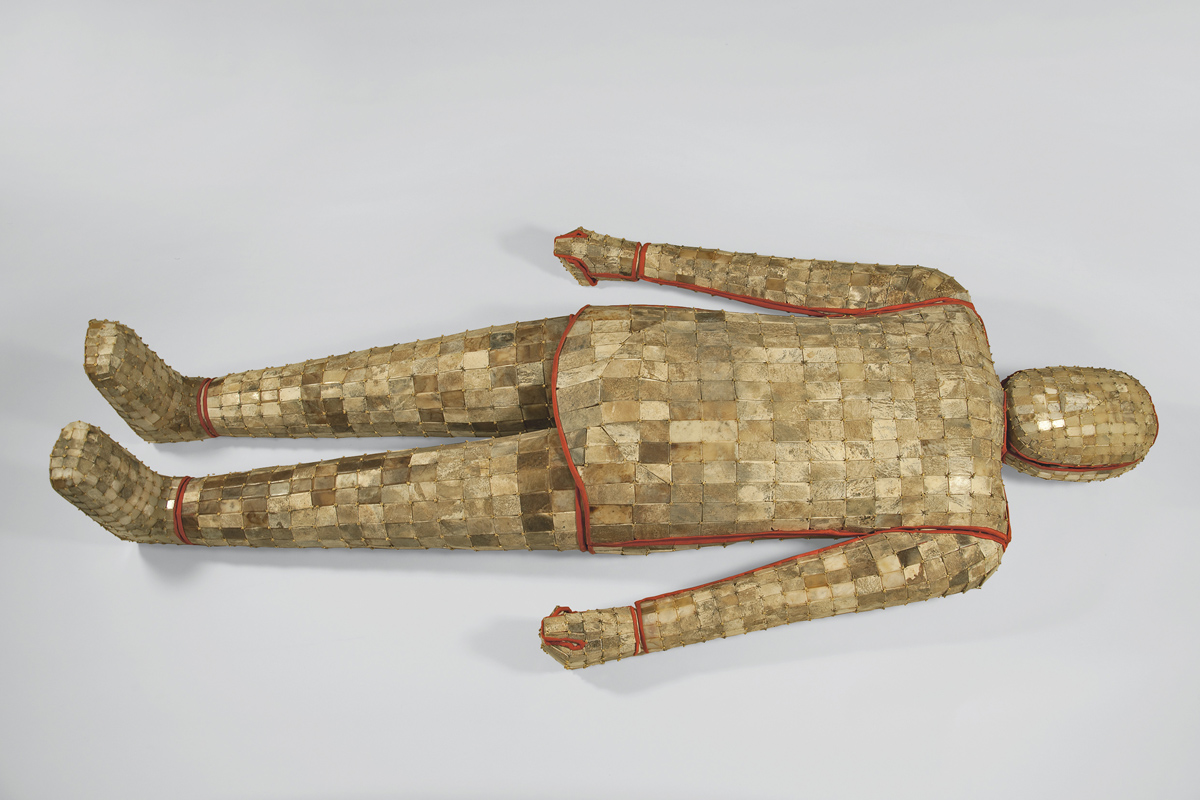