This Buddha bears an inscription on the back that is equivalent to the year 338. This is the earliest date inscribed on any Buddha sculpture from China, anywhere in the world.

The Buddha was completely covered in gold except for the head, which was probably painted dark blue or black. While the sculpture is almost completely intact, there are some elements missing. On the back of the head is a square protrusion with a round hole in the middle. It suggests that something was once attached to the back of the Buddha, most likely an umbrella. On the front there are three holes. These most likely would have supported a pair of guardian lions, one on each side, with a lotus in the center.

Around the year 310, Northern China fell under the control of non-Chinese invaders called the Jie (羯)—Indo-Iranian people who came from Central Asia. The Jie used the spread of Buddhism to establish their right to rule the Chinese population of the area they had conquered.

Fotudeng, a religious advisor to one of the Jie commanders, was among the wave of Buddhist monks who came to China seeking converts. He brought with him a style of Buddhism in which meditation was emphasized, and focused on images of meditating Buddhas such as this one. His style of Buddhism spread throughout China, establishing the foundation for translations of Buddhist sutras and texts that still inform Buddhist practices around the world today. 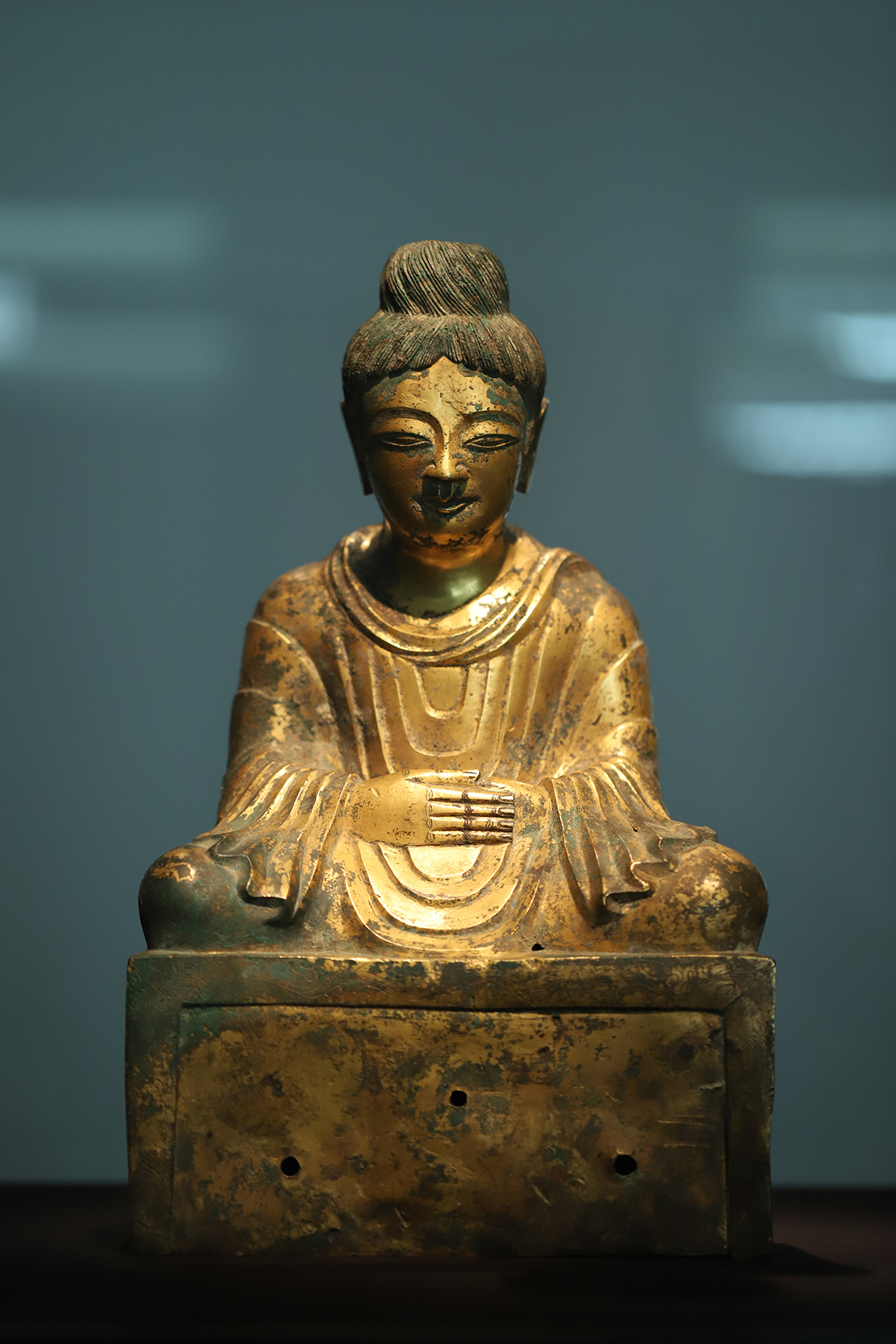