This cup, with its flared mouth, the shallow curvature of its sides, and shallow ring foot, is decorated with two pairs of chickens and their offspring. The pictures show a rooster and a hen leading their young to feed, with the hen pecking at the ground for worms and the young stretching out its wings. The illustration is full of life, despite its miniature size. The picture also has peonies, orchids and a lake rock, which serve to divide the composition into two groups. The inside of the cup is white and without decoration, and the six-character reign mark, reading “Made in the Chenghua Reign of the Great Ming Dynasty,” is found on the base in blue and white glaze, surrounded by a double rectangular frame. These chicken cups were widely praised by the literati of the time, perhaps because of the emperor’s fondness for them, such that in the late Ming it was generally agreed that, “Chenghua chicken cups are the superlative drinking vessel (成窯雞缸杯，為酒器之最).” 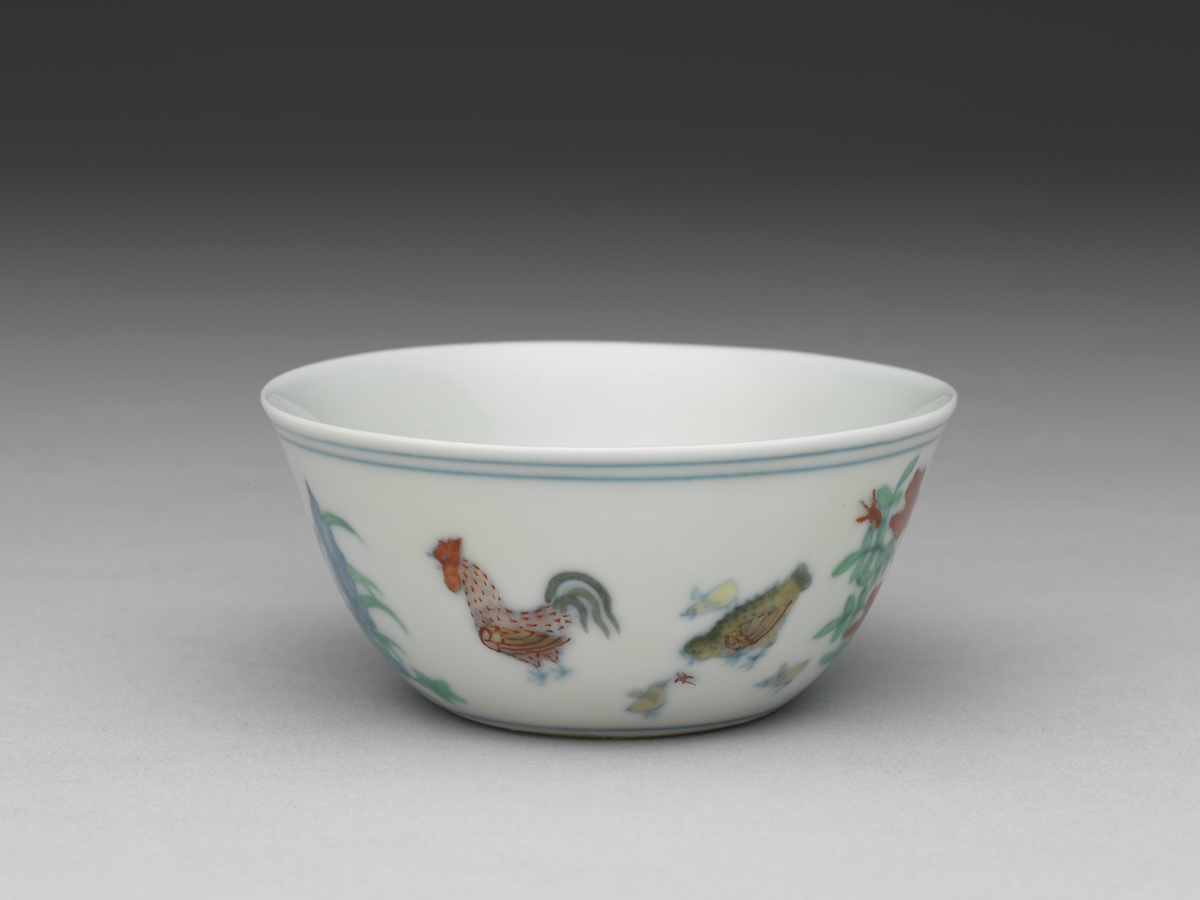