The top of this ewer, with its stepped rim in three levels, resembles the cap worn by Tang dynasty monks, from which this type of ewer derives its name. It has a pointed spout and a flat handle decorated with a “ruyi” (as you wish) motif at both ends. In addition, it is attached to the curvature of the belly at one end and the rim at the other. The upper part of the handle has an extension that goes vertically up, ending at the same height as the rim. The vase has a straight neck, a rounded belly, and a ring foot. The lid, which is staggered in three levels, has a round knob. At one end of the lid is a small hole; the other end is extended out to ensure a close fit with the spout. The vase is completely covered in a vibrant red glaze, the surface of which is pitted due to minute bubbles in the glaze in an effect known as “orange peel.” The glaze is thinner at the rim, foot, base of the rim, and along the edges of the handle, revealing a white border at these places. The inside and bottom of the base are white with a hint of green. The body itself is very thin throughout, and the original color is visible at the ring foot, showing it to be a delicate, pure white slightly speckled with iron spots. There is no reign mark, although the base is inscribed with a poem written by the Qianlong Emperor (r. 1736–1795) in the Qing dynasty that followed, dating it to the reign of the Xuande Emperor of the Ming dynasty, and saying that it was kept in the Dahe (Great Harmony) Study. The poem, which is followed by two imperial colophon seals, goes on to extol the virtues of the vase. The stand is also inscribed with a seal to the effect that it was admired by the Yongzheng Emperor (r. 1723–1735): it is thus clear that this piece was a favorite of both the Yongzheng and Qianlong Emperors. The ruby red glaze of the Xuande reign enjoyed wide popularity, and the white border at the rim, foot and other edges were very popular features accompanying this glaze. This particular vase was also much admired by the Qing emperors’ concubines, and is found in one of four famous paintings depicting the concubines of the Yongzheng Emperor (an art made by an anonymous Qing artist); the red vase is shown on a concubine’s dressing table alongside other bronzes and Ru official wares. 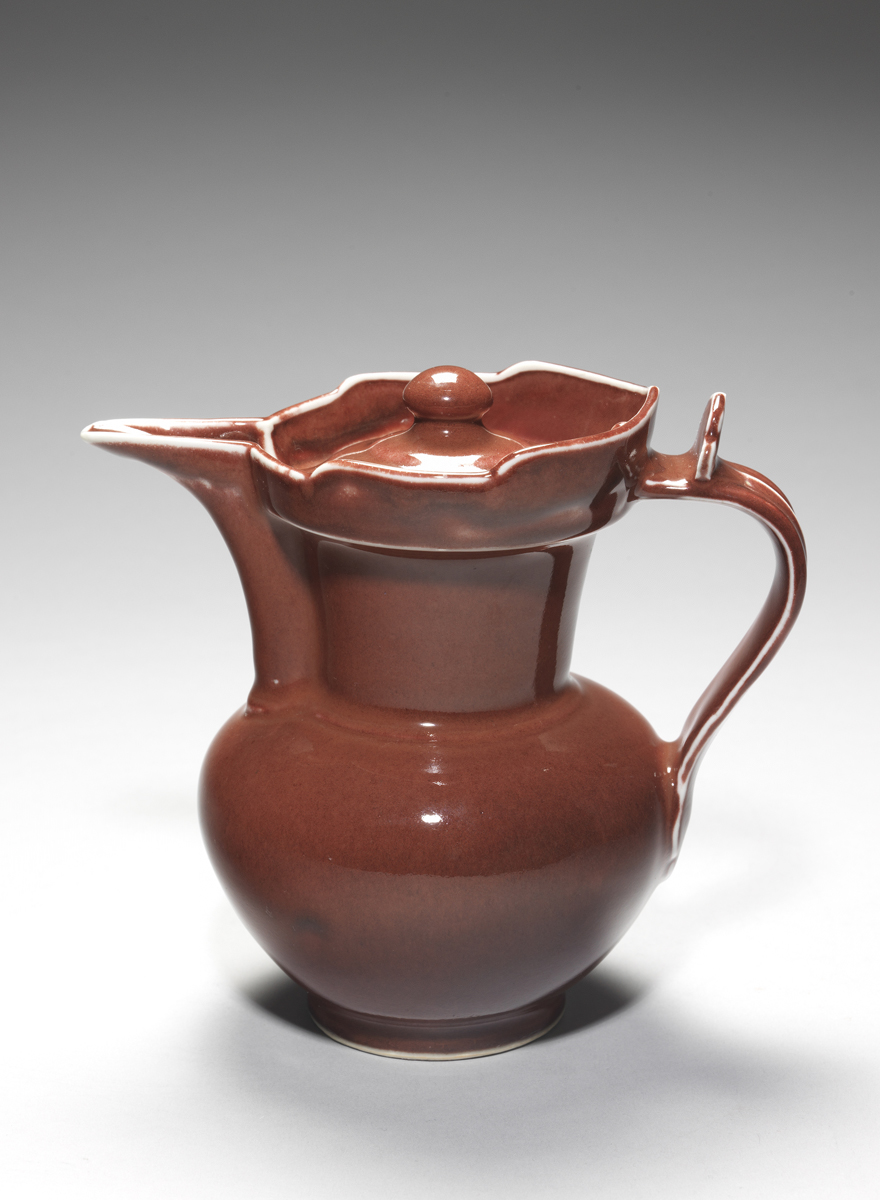