The immense varieties of flowers are emblematic of the rhythm and order in nature. In literary art, flowers have been depicted as objects of appreciation as well as vehicles of complex symbolism. Therefore, flowers have long assumed a prominent position in the development of Chinese art. This is a set of twelve cups from the Kangxi period. The delicate eggshell bodies feature exquisite decorations, demonstrating the sophistication of famille-verte (wucai) ware of the period. The flower of each lunar month has been outlined in black, before being depicted with cobalt blue and other enamels. The 12 flowers of the lunar cycle are prunus, apricot blossom, peach blossom, peony, pomegranate, lotus, rose, osmanthus, chrysanthemum, orchid, narcissus, and wintersweet. On the other side of each cup, a poem in five- or seven-character verses praises the flower. Each cup bears on the reverse side a poem in blue, followed in each case (except the twelfth) by the seal: shang (“to appreciate”). On the base, the mark of the Kangxi period is written in two rows of six characters in underglaze blue, in the regular kaishu script. 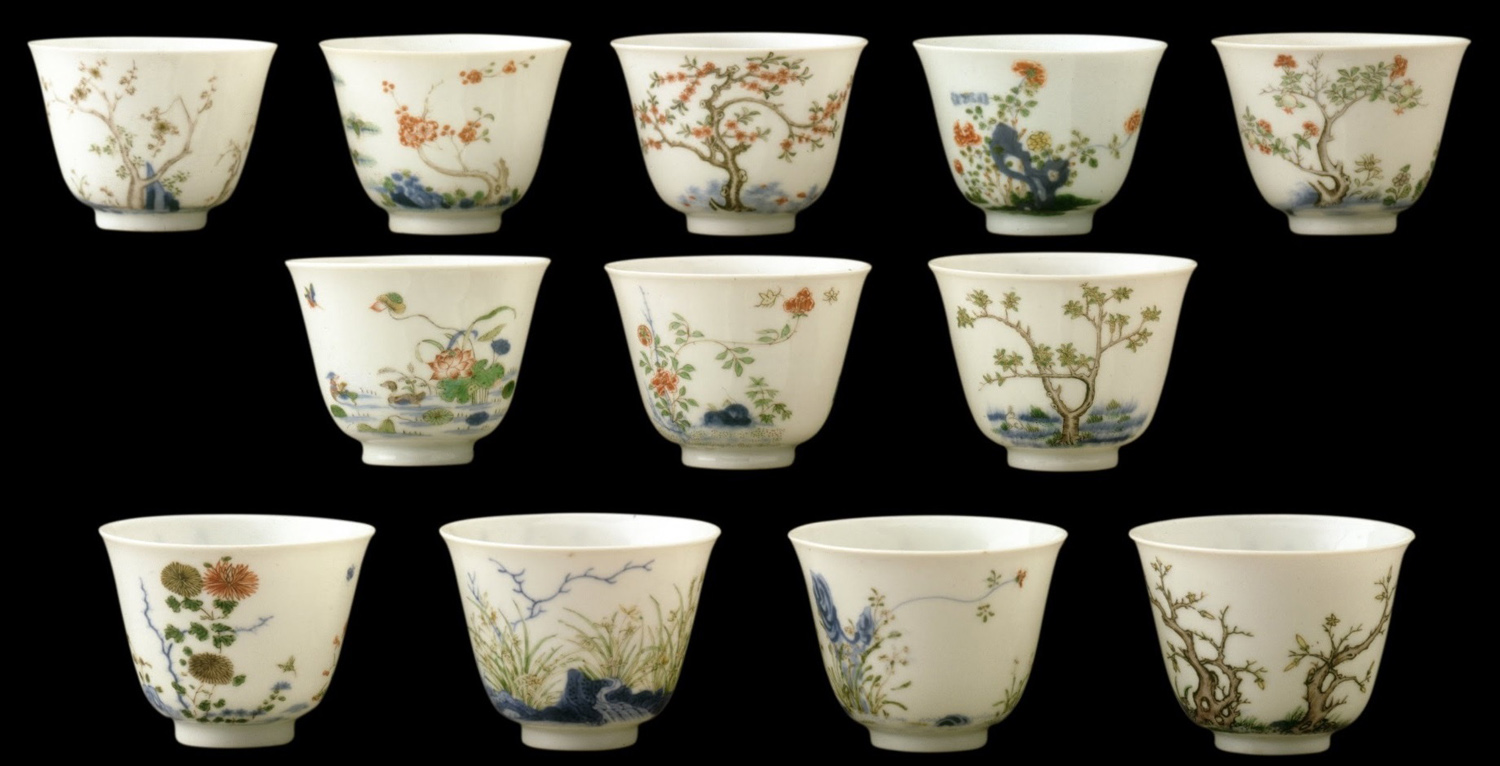