One of a pair. The other is in the National Palace Museum, Taipei.

With a wide mouth and relatively squat body, curved handle, tubular spout, flat base and concave foot, this teapot has a slightly domed lid with a flattened top, upon which sits a round knob with a hole to the side to let air in. Both sides of the teapot are decorated with landscape panels painted in a blue palette. On one side the landscape is an ink inscription that reads “To the south the trees hug the mountains (樹接南山近),” together with a seal in red ink bearing the characters for “High Mountains (山高).” On the other side is a different scene with an inscription that reads “The mist engulfs the sandbar far off to the north (煙含北渚遙).” The red seal on the side says “Long Rivers (水長).” The background of the panels and the lid are decorated with paintings of flowers found throughout the year. The porcelain body is thin and lustrous, fine and delicate, and the landscapes are beautifully painted with a refined hand. The base bears the reign mark with four Chinese characters, in two columns of two in the style of the Song dynasty, that reads “Made in the Reign of the Yongzheng Emperor.” The reign mark is framed by double lines. The Yongzheng Emperor favored teapots with refined, simple designs, and this example, with its wide mouth and squat body, follows the style of Yixing teapots. The monotone paintings resemble those found on other teapots with enamel glaze colors. 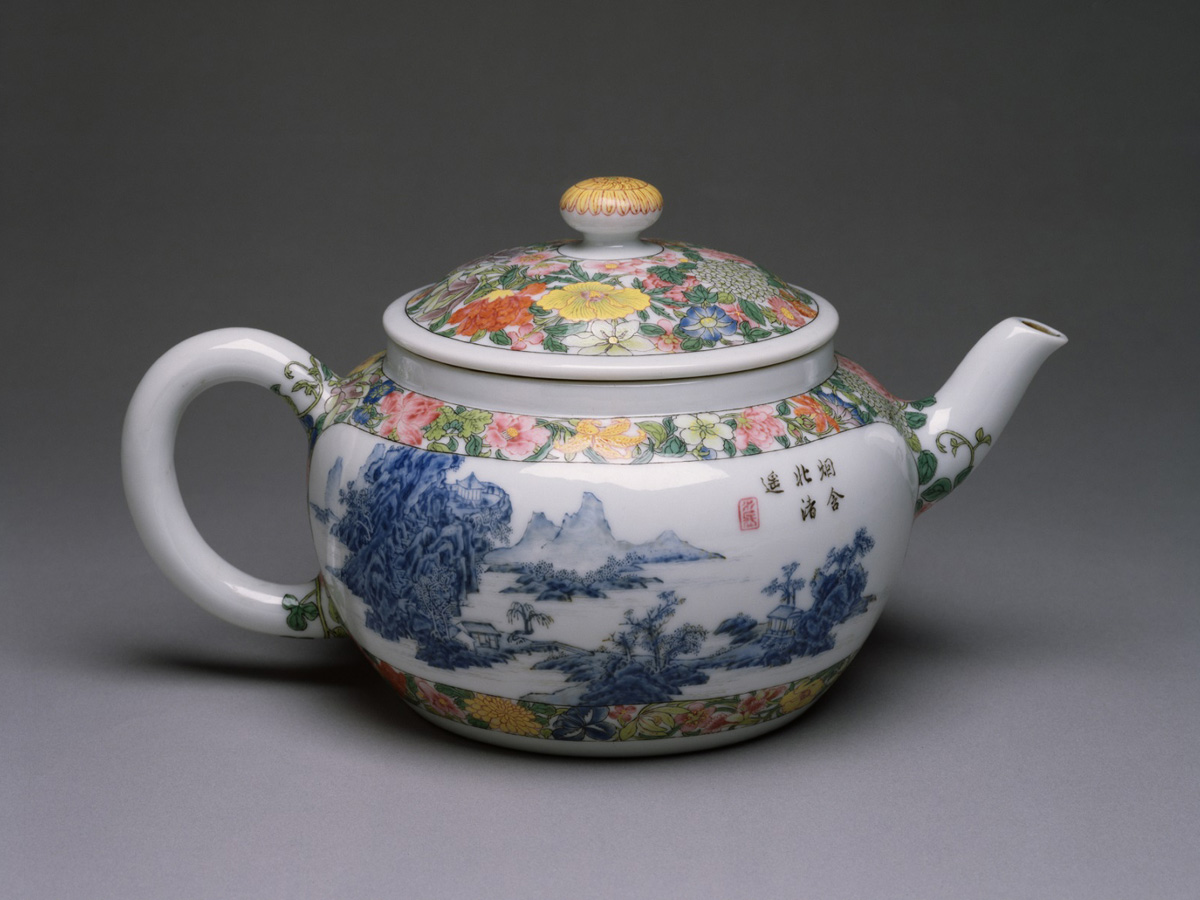