Ritual Vessel in the Shape of a Rhinoceros (青銅犀牛尊)

The rhino vessel includes an inscription inside. Cast at the same time as the rhino itself, it records a royal gift of cowry shells to “Lesser Minister Yu.” The inscription notes that this honor took place during the 50th year of an unnamed king, the same year that the king mounted a campaign against an enemy named Renfang. Because of this information, scholars can date the vessel to the last king of the Shang dynasty, in the early 11th century BC. 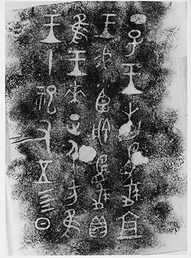 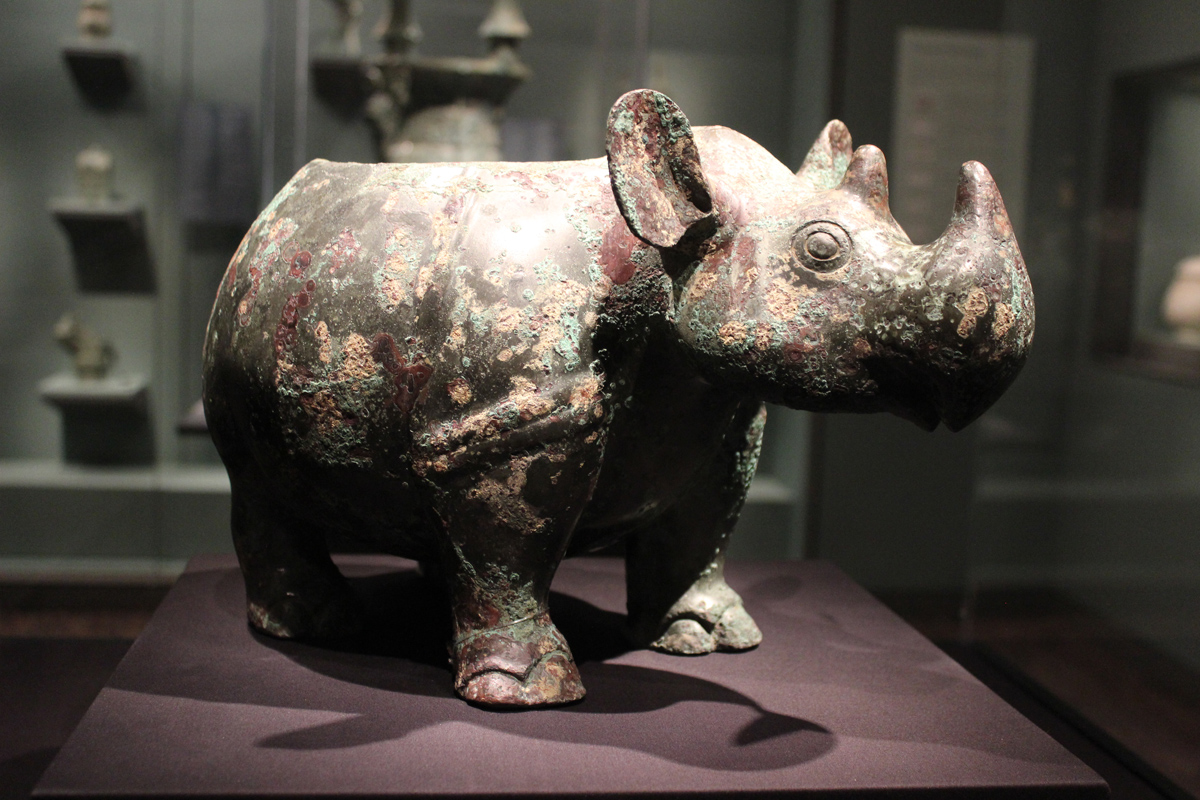