During the Tang dynasty, most ceramics pillows either had a three-color glaze, or were glazed brown, black, or a Changsha bronze color. At the time, there were only two types of these pillows, one for sleeping and the other for taking a pulse by Chinese doctors. By the Song dynasty, there was a greater variety of designs, including one made especially to be buried with the deceased. The variations included those of different sizes, styles, and decorations, the last of which usually implied auspicious meaning. This example, in the form of a child playing, was for general use. The design is both life-like and alluring, with the child, clearly in excellent health, wearing a suit of clothing including a long brocaded top, lying on a mattress, legs crossed behind. The Palace Museum in Beijing has a very similar one, but it lacks the detail in the child’s clothing in comparison to this artifact. The front and back of the pillow were made separately, mold-pressed and then put together before firing. After they had been put together, the facial expression and details on the clothing were carved. The base is flat, with a round hole cut into the left and right sides to allow air to escape during the firing process. The glaze is ivory white with a hint of yellow and gray. As Ding ware was fired using charcoal as fuel, it had to be fired in an oxidizing atmosphere, giving the white glaze this yellowish hue. The glaze has run on several parts of the base, an effect described by literati as “tear marks.” The bottom of the pillow has been inscribed with a poem written by the Qianlong Emperor in the spring of 1773. 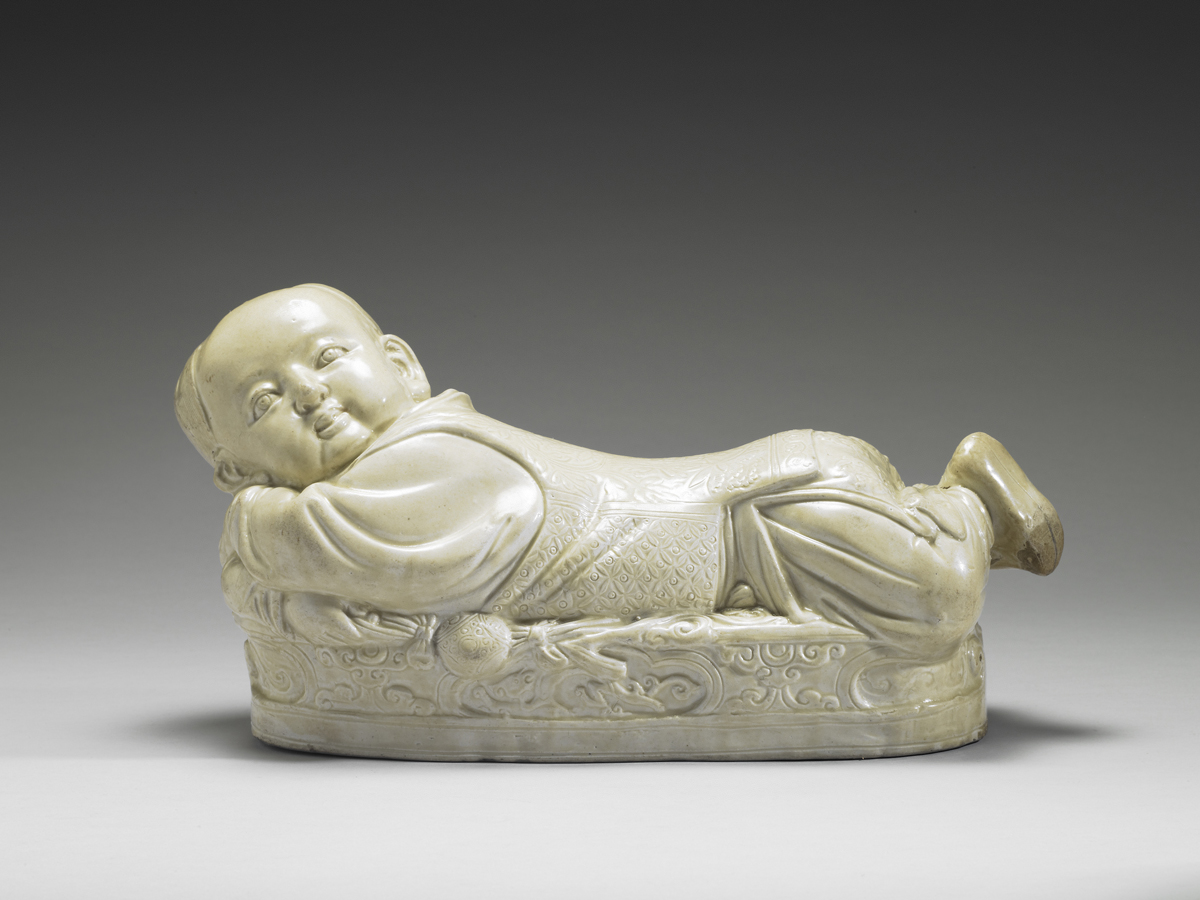