This mallet-shaped vase, with its tray-shaped mouth and straight neck and body, exhibits a two-level design. The neck has two handles in the shape of phoenixes or dragons in a style that emerged in the early Song dynasty. The simple lines provided by the straight sides of both the neck and the body give the piece an unaffected feel, but also represent the perfect unity of practicality and stability. The partially three-dimensional modeled phoenix handles lead the eyes to the tray-shaped mouth above them, with its slightly protruding outer rim and lustrous surface where the glaze has accumulated, giving the mouth a stately, majestic appearance. This particular design, in all sizes, was used in the periods beginning from the Song to the early Ming dynasties, but it was during the Song dynasty that it reached the heights of beauty of design and color of glaze. 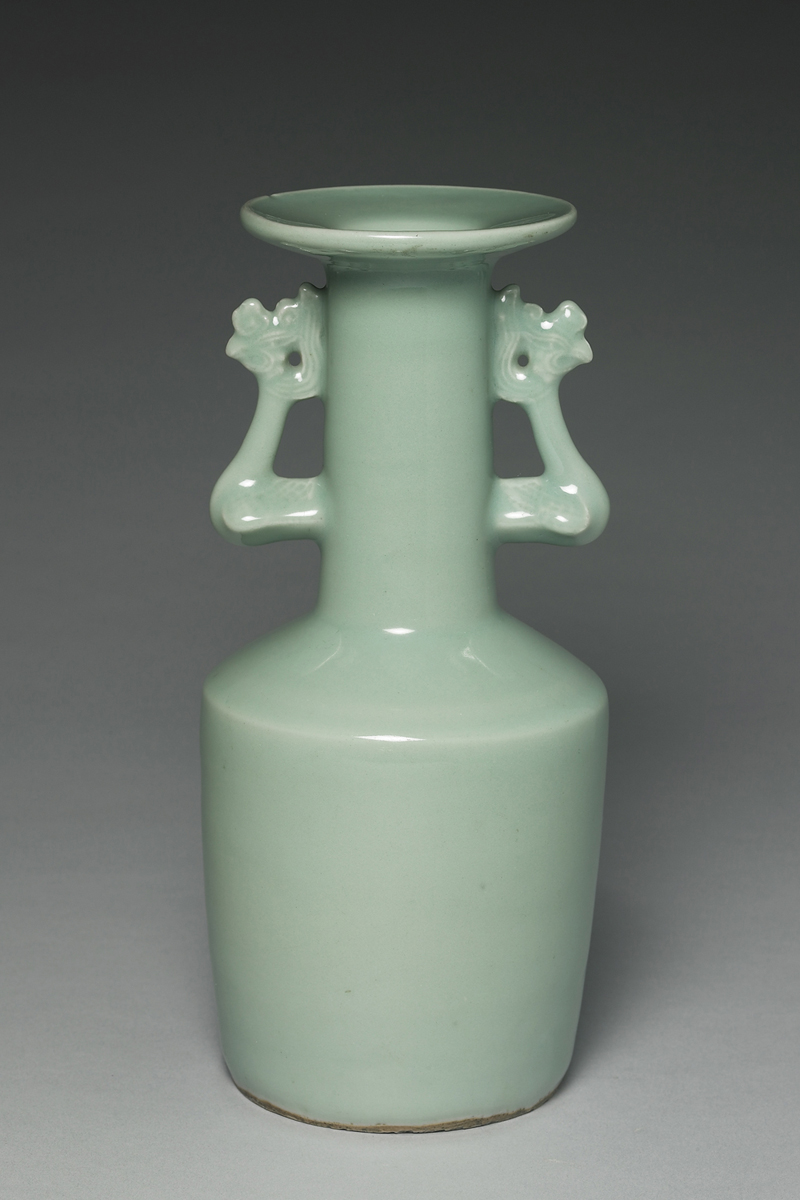