These vases are among the most important examples of blue-and-white porcelain in existence, and are probably the best-known porcelain vases in the world. They were made for the altar of a Daoist temple and their importance lies in the dated inscriptions on one side of their necks, above the bands of dragons. The long dedication is the earliest known on Chinese blue-and-white wares.

These vases were owned by Sir Percival David (1892–1964), who built the most important private collection of Chinese ceramics in the world. 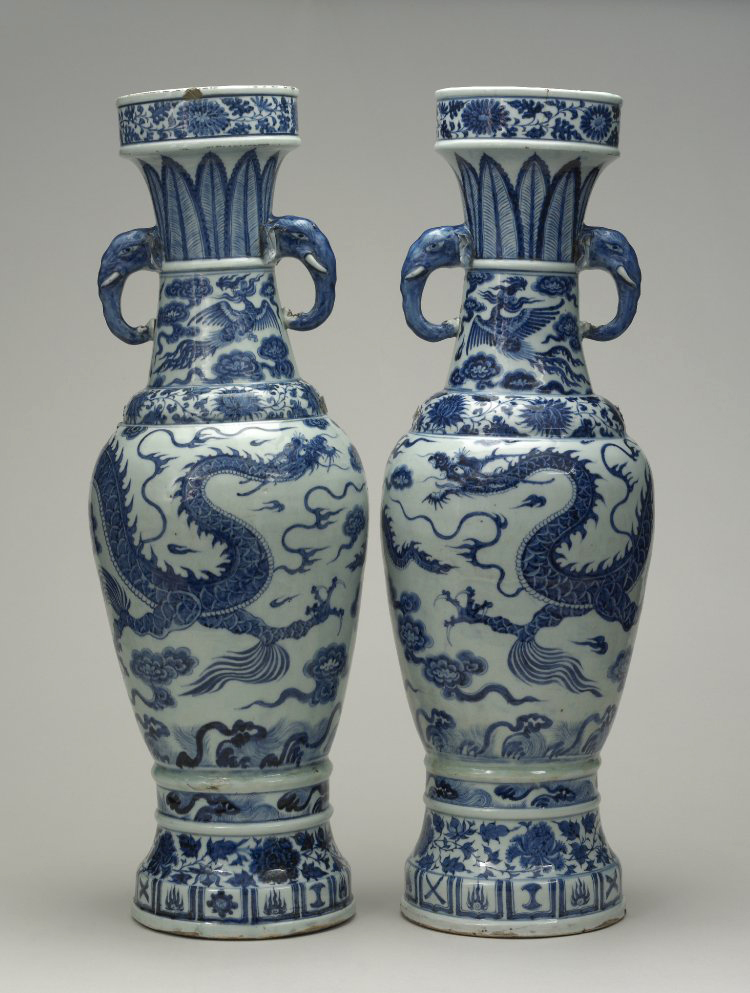