A 124-character letter written by a renowned Chinese scholar during the Song dynasty nearly 1,000 years ago fetched a price of 207 million yuan ($32m) at an auction in Beijing on May 15, 2016. It is not the first time that this letter has appeared in auctions – seven years ago it was sold for 108.6 million yuan, the first work of Chinese calligraphy that surpassed 100 million yuan.

The letter, entitled Jushi Tie (局事帖), measures 29 x 39.5 cm (11.4 x 15.5 in). It is the only surviving work of the Chinese scholar Zeng Gong (曾鞏, 1019-1083), who was regarded as one of the eight Great Prose Masters of the Tang and Song dynasties. In the letter, written in the later years of his life, Zeng tells a friend about his recent political difficulties and a feeling of isolation, meanwhile expressing gratitude for the latter’s help during the lowest point in his career as a government official. 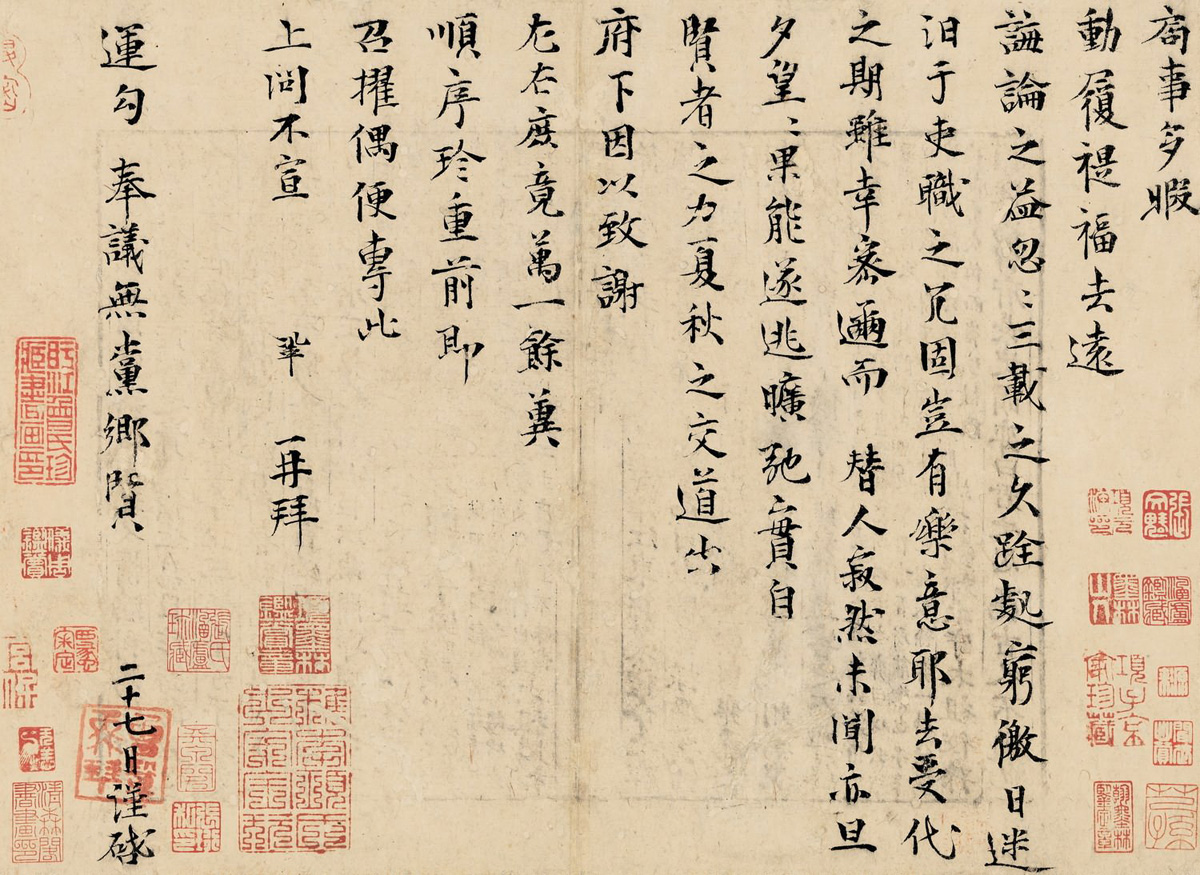 « Splendid Finds from the Haihunhou Cemetery » Painting with Words: Gentleman Artists of the Ming Dynasty