Let’s start 2018 with The Expressive Significance of Brush and Ink. This is a series exhibition at the National Palace Museum in Taipei. The artworks are rotated at the beginning of each quarter. Among those that just went on exhibition today is a famous poem from the Northern Song calligrapher Huang Tingjian, titled Flowers’ Fragrance.

In 1087, Huang Tingjian wrote two poems to his friend Wang Gong (王鞏) in Yangzhou, saying, “Wang Jinqing (王晉卿, 王詵) has many times written poems waiting for my response, but I have never felt like writing a poem. However, he does not give up, often sending gifts of flowers. In jest, I have written this poem to him!” Thus, this poem was originally meant for Wang Shen and it expressed Huang’s desire to avoid responding to him. Here, the brushwork is strong and upright, and the ink varies between dry and moist. The poem translates as, “Flowers’ fragrance incenses one to break meditation; Even one in a frame of mind past middle years. Poetic thoughts come in spring not unlike the rowing of a boatman against the stream.” (花氣薰人欲破禪，心情其實過中年。春來詩思何所似，八節灘頭上水船。)

The National Palace Museum is open all year round from 8:30 am to 6:30 pm, or 9 pm on Fridays and Saturdays. 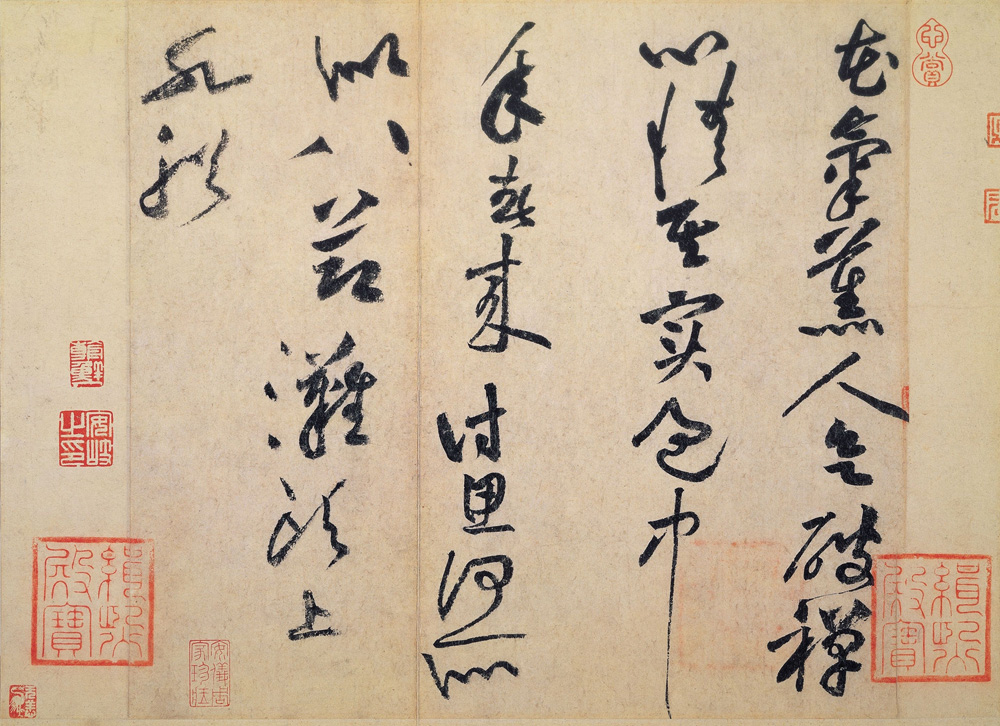