There is currently a special exhibition of Wu Changshuo’s art at the Palace Museum in Beijing.

Wu began his career innovating the arts of epigraphy (Chinese jinshi, 金石, lit. “gold and stone”) and seal engraving. With his lifetime exploration of the ancient Stone Drum Inscriptions (Shigu wen, 石鼓文), his greatest accomplishments were in seal script calligraphy and engraving. As he imitated ancient epigraphy, he produced his own innovations. In his time, his creative style surpassed all others.

After the age of forty, Wu began to study painting. He approached painting with his proficient calligraphic technique and innovated on an ancient Chinese freehand style (daxieyi, 大寫意, sometimes translated as monumental freehand or large freehand style). He perfected the art of painting flowers in this style. As he blended classic approaches with pioneering forms, he condensed the artistic genius of bygone artists and demonstrated his unfettered attitude and artistic knowledge.

Wu lived at a time in which traditional modes of art were being transformed by modern styles, and his art shows how he preserved Chinese tradition while assimilating the commercialism and social mores of the nascent modern period. His art became an amalgamation of elegant and common styles. Widely acclaimed and highly influential, he played a decisive role in transforming the modern painting scene and the work of artists who followed in his footsteps.

This exhibition is through August 15, 2018. The Palace Museum is located at the heart of Beijing, directly behind the Tiananmen. The exhibition is inside the Hall of Literary Brilliance (Wenhua Dian, 文華殿). 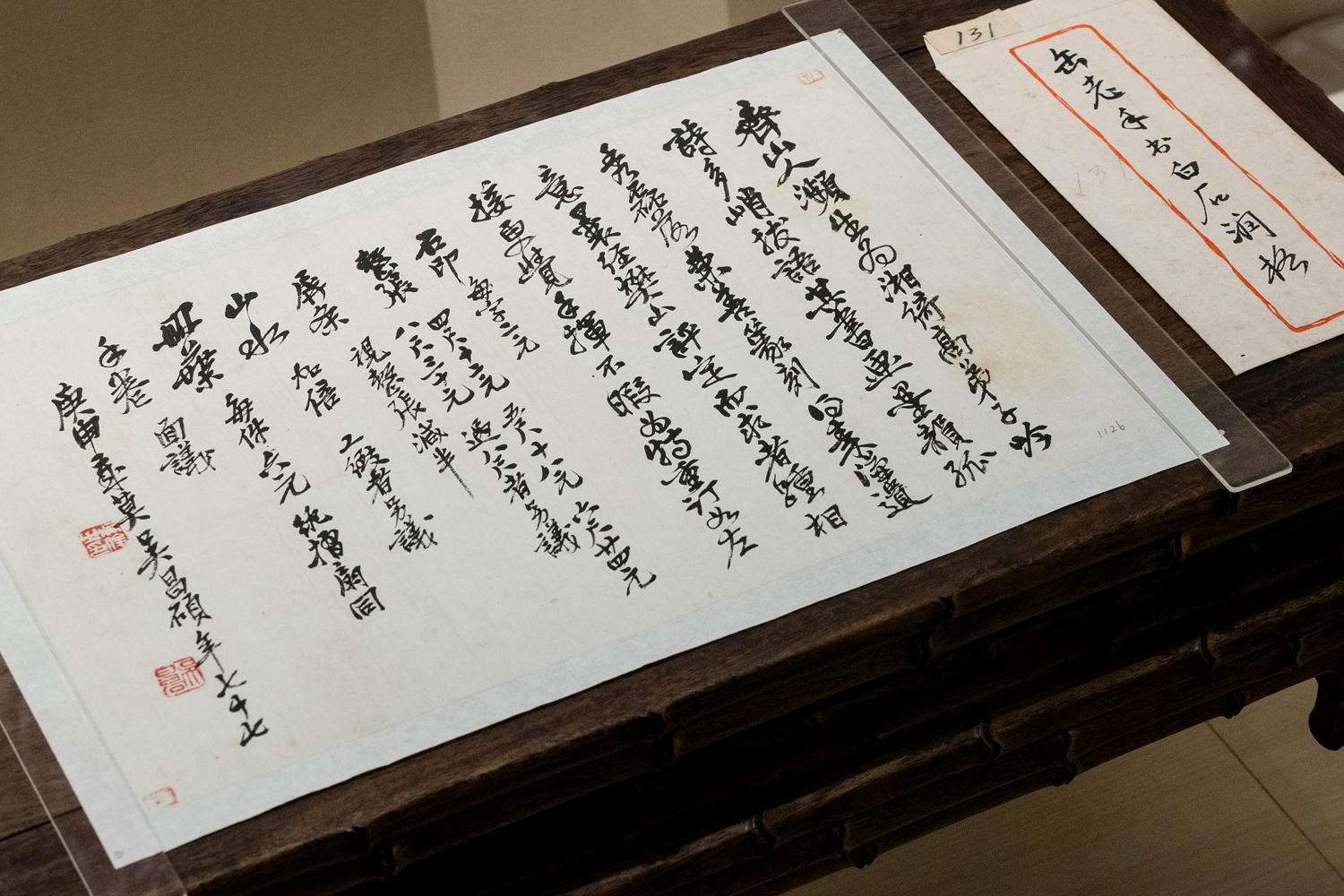 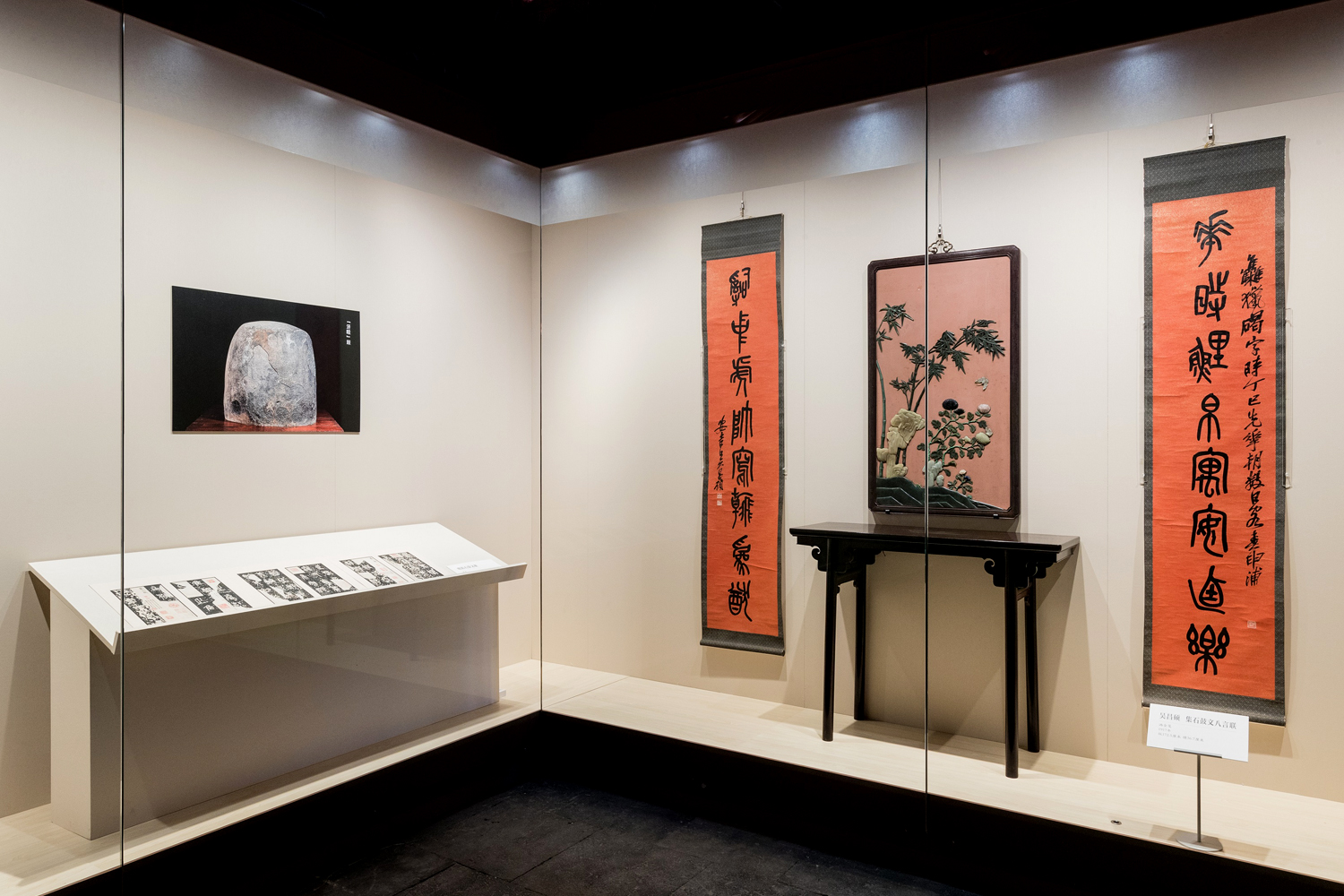 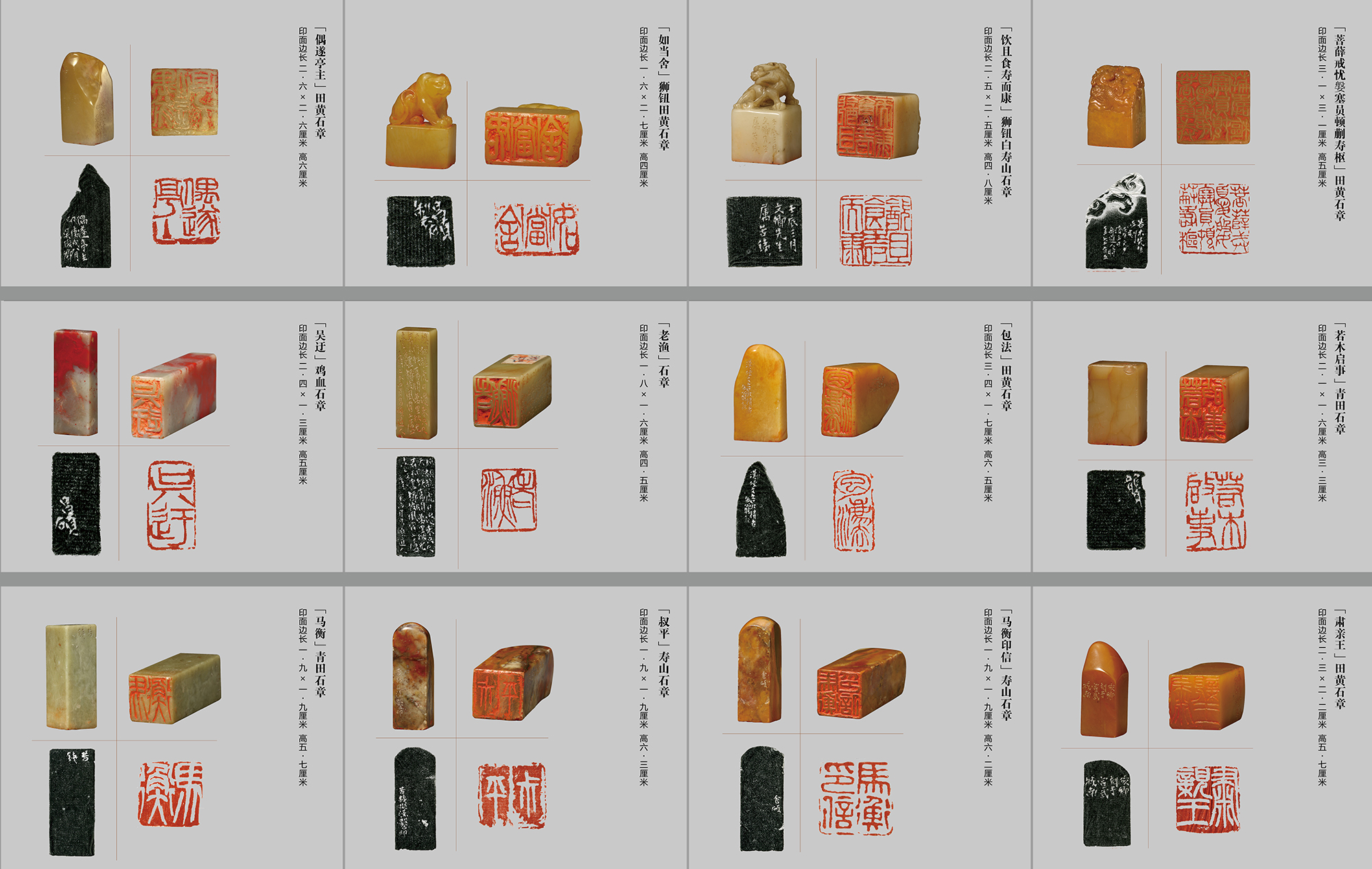 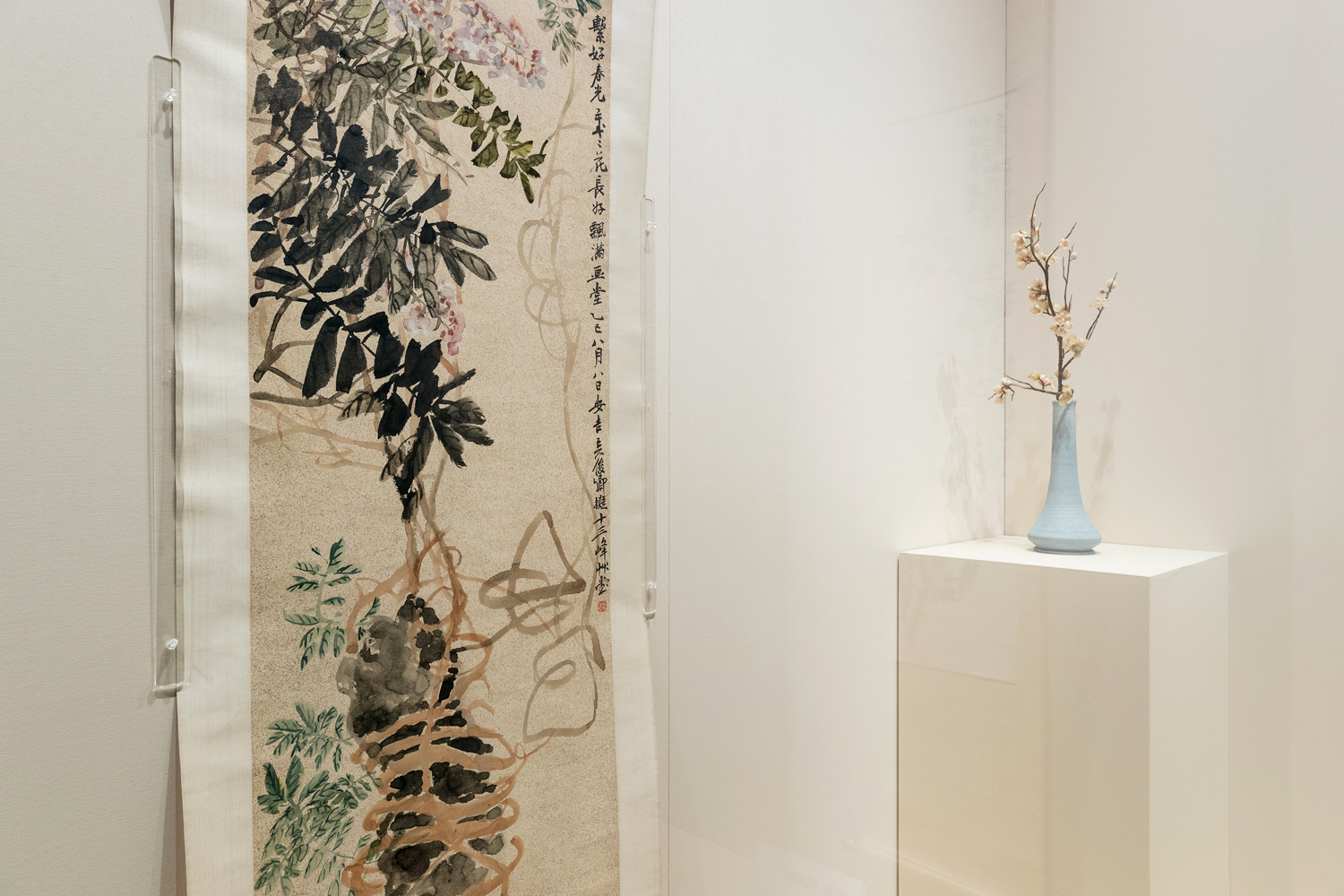 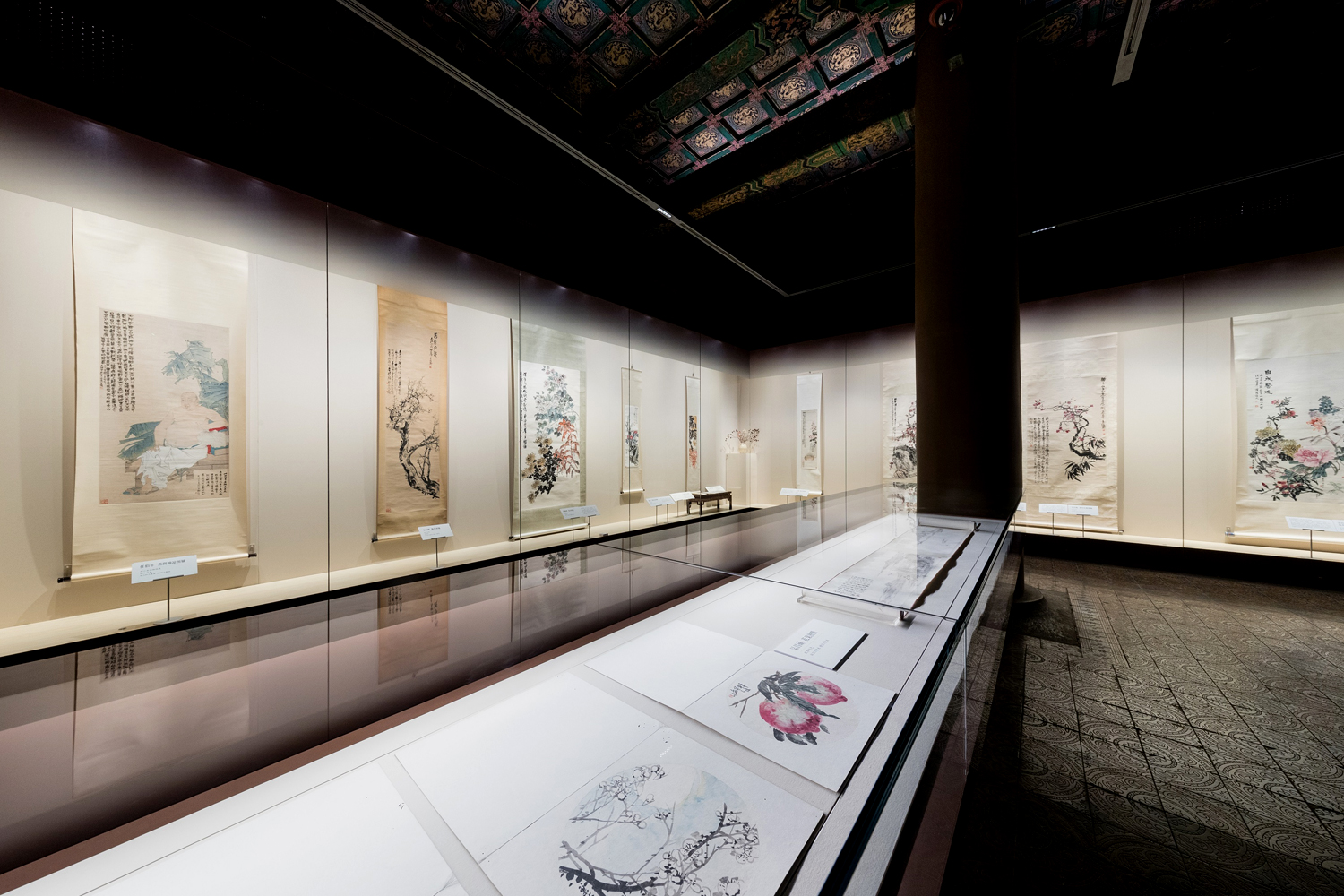 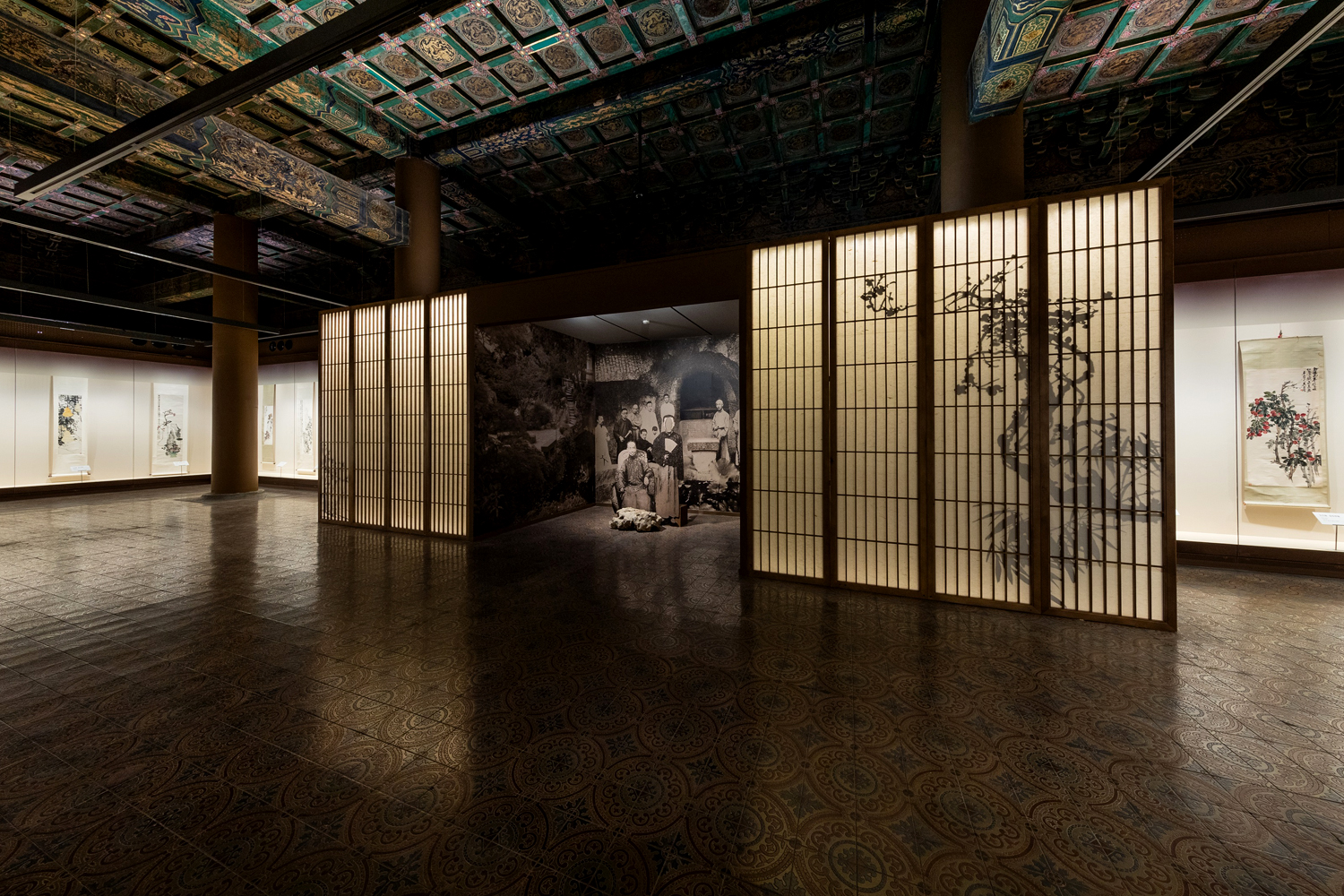