The earliest examples of bronze vessels were unearthed in Erlitou (二里头), near the modern city of Luoyang in Henan province, which may or may not represent the earliest named Shang capital, Bo (亳), if not a still earlier Xia dynasty site. There a “palace” with pounded-earth foundation, fine jades, simple bronze vessels, and oracle bones were found. At Erligang (二里岗), in the Zhengzhou area in Henan province, traces have been found of a walled city that may have been the middle Shang capital referred to as Ao (隞).

Yin (殷), the most enduring of Shang capital sites, lasting through the reigns of the last 9 (or 12) Shang kings, was located near the modern city of Anyang (安陽), in Henan province. Its discovery in 1899 by paleographers following the tracks of tomb robbers opened the way to verification of traditional accounts of the Shang dynasty and for the first scientific examination of China’s early civilization. There, recorded on oracle bones, the written documentation for the first time is rich, archival, and wide-ranging regarding activities of the theocratic Shang government. Excavations conducted near Anyang between 1928 and 1937 provided the initial training ground for modern Chinese archaeology and continued periodically after 1949. 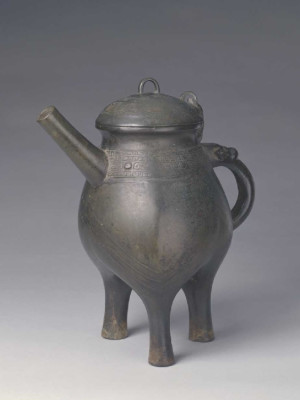 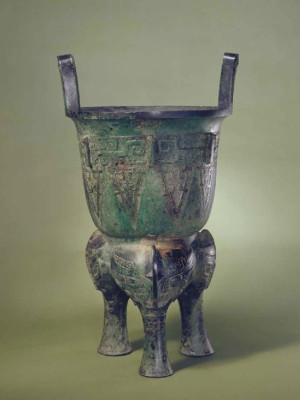 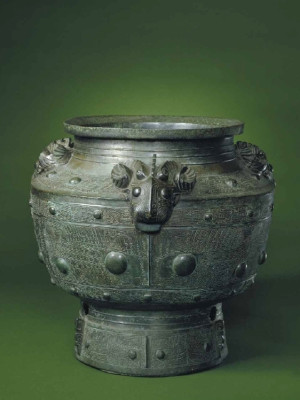 No fewer than 14 royal tombs have been unearthed near Anyang, culminating in the 1976 excavation of the first major tomb to have survived intact—that of Fu Hao (婦好), who is believed to have been a consort of the Shang king Wuding (武丁) and a noted military leader. The Fu Hao tomb contained more than 440 bronze vessels and 590 jade objects among its numerous exquisite works. Remains of Bronze Age settlements of the Shang period have also been found over a large area of northern and central China. 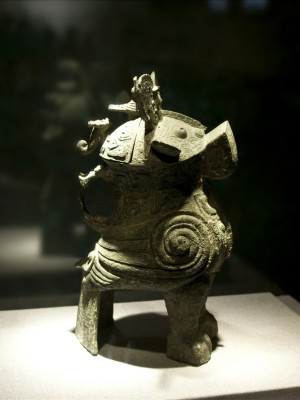 Wine Vessel Zun of Fuhao in the Shape of Owl 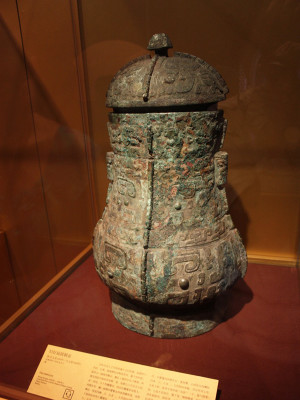 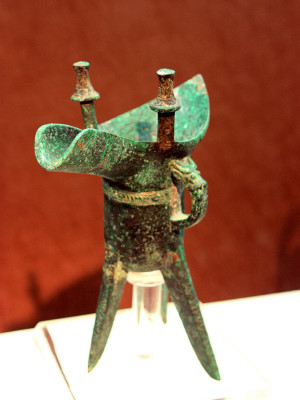 More than any other factor, it was the unearthing of magnificent bronze vessels at Anyang that demonstrated the power and wealth of the Shang rulers. The vessels were used in divinatory ceremonies for sacrificial offerings of meat, wine, and grain, primarily to the spirits of clan ancestors, especially those of the ruler and his family. They were probably kept in the ancestral hall of the clan, and, in some cases, they were buried with their owner.

Surprisingly, perhaps, the bronze vessels were not discussed in Shang oracle bone inscriptions. But by late Shang times they themselves sometimes came to bear short, cast, dedicatory inscriptions providing the name of the vessel type, the patron, and the ancestor to whom the vessel was dedicated. What may be a clan name is also often included. The common addition by early Zhou times (1046 – 256 BC) of the phrase “May sons and grandsons forever treasure and use it (其萬年子孫永寶用)” provides evidence that most vessels were made originally for use in temple sacrifices rather than for burial, but other vessels, poorly cast and inscribed with posthumous ancestral names of the newly deceased, were clearly intended for the tomb.

Bronze vessels were cast not by the lost-wax process (using a wax mold), as formerly supposed, but in sectional molds, quantities of which have been found at Shang sites. In this complex process, which reflects the Chinese early mastery of the ceramic medium, a clay model of the body is built around a solid core representing the vessel’s interior; clay molding is used to encase the model, then sliced into sections and removed; the model is eliminated; the mold pieces are reconstructed around the core, using metal spacers to separate mold and core; and molten bronze is poured into the hollow space. Legs, handles, and appended sculpture are often cast separately and later integrated in a lock-on pour. Surface decoration may be added to the model surface before the mold is applied, requiring a double transfer from clay to clay to metal, or added in reverse to the mold surface after its removal from the model, with an incised design on the mold yielding a raised design on the metal surface. Ritual vessels range from about 15 cm (6 inches) to more than 130 cm (50 inches) in height with weights up to 832 kg (1,834 pounds). The intricacy and sharpness of the decoration shows that by the end of the 2nd millennium BC the art of bronze casting in China was the most advanced in the world. 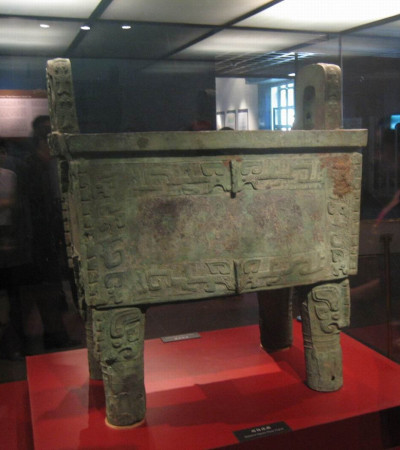