This is a handscroll of semi-cursive calligraphy that flies and darts across the paper. Wang’s application of the brush was somewhat stiff, with only the turns of the brush being slightly softer, giving a slightly harsh yet archaic effect. Although in modern cursive, the characters in this work are practically independent with a sense of draft cursive. The right-falling strokes of some characters, such as “mian 眠”, “tai 泰” and “lie 裂”, also suggest a touch of clerical script. These poems were done at the age of 34 and written on stiff sutra paper from Mt. Jinsu, which highlights Wang’s quick and forceful brushwork as well as the areas where he lifted and pressed the brush. This work is one of the best surviving ones by Wang Chong. 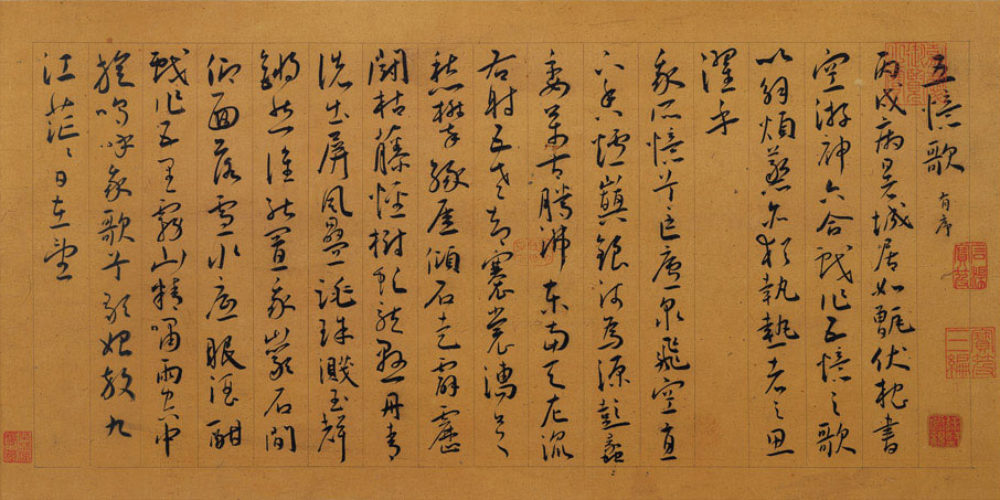