Cai Xiang (蔡襄, 1012–1067) was a Chinese calligrapher, scholar, official, and poet of the Song dynasty. His courtesy name was Junmo (君謨) and posthumous name Zhonghui (忠惠).

Cai Xiang was born in Xianyou (仙遊) county of Xinghua prefecture (Now Xianyiu county in Putian city of Fujian province). In the eighth year of Tiansheng (AD 1030), he obtained the degree of Jinshi (進士, presented scholar). His highest rank was Duanmingdian Xueshi (端明殿學士, Secretariat Drafter of Duanming Court) in charge of written communications of the imperial government.

Cai Xiang was once the Officer of Transportation (Zhuanyunshi) in Fujian. While acting as a prefect in Fujian, he was also in charge of overseeing the construction of the Wan’an Bridge at Quanzhou. Upon the completion of the bridge, he wrote a report which became one of his most renowned calligraphy artworks—Wan’an Bridge Tablet.

Cai Xiang pioneered the manufacturing of Small Dragon Tribute Tea Cake (小龍團茶) of superlative quality, as it was reputed to be harder to obtain than gold. He also wrote the famous “Record of Tea (茶錄)” between 1049 and 1053, which had a lasting impact on Chinese tea culture.

Cai Xiang’s calligraphy was highly praised by Su Shi (蘇軾) as “the best of the era.” He is generally regarded as one of the top four calligraphers of the Song dynasty, along with Su Shi, Huang Tingjian (黃庭堅), and Mi Fu (米芾). 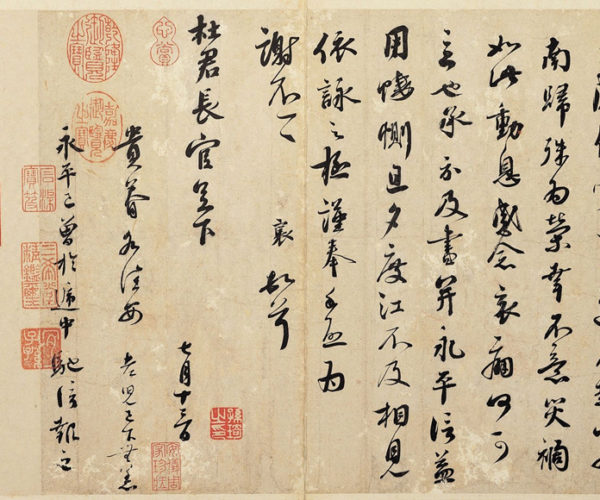 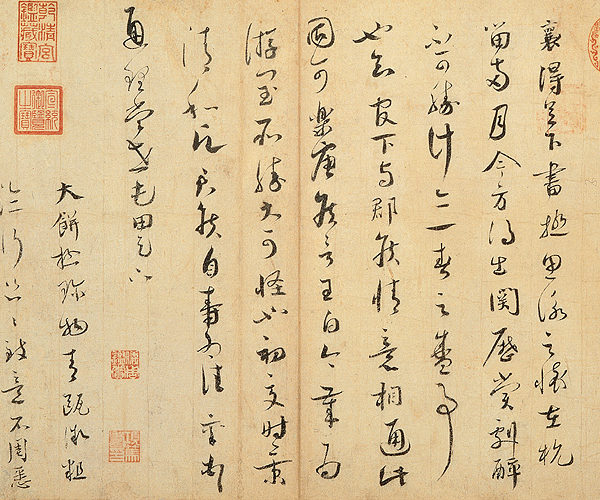