A colophon for this work says Mr. Shen of Wuzhong dug up a stone engraving of an imperial order by the Southern Song emperor Gaozong. Wen Zhengming then wrote an inscription, putting more blame on Gaozong (高宗) than Prime Minister Qin Hui (秦檜) for the demise of the Song, which was a unique historical opinion. In this work of large characters in running script, the brush force is strong yet free and untrammeled. Though written only a few days before Wen Zhengming passed away at the Chinese age of 90, it is not slacking in the least. 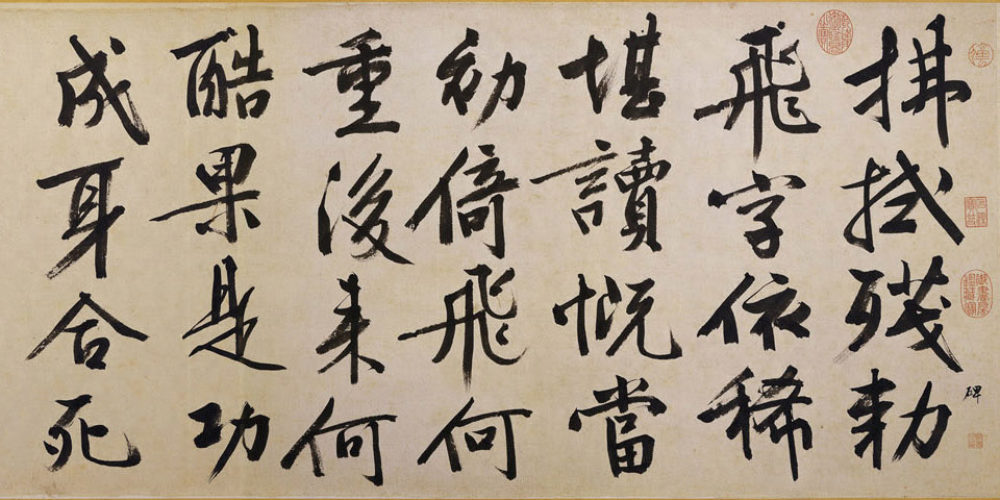