Huizong called his own calligraphic style “slender gold.” This style has its origins with those of Xue Ji (薛稷, 649–713) and Xue Yao (薛曜, fl. 684–704) of the Tang dynasty, which in turn evolved out of that of Chu Suiliang (褚遂良, 596–658). The slender gold style is characterized by the thin, sharp quality of the strokes as well as the knobby features to the turns and stops of the brush, making the calligraphy appear delicate yet solid. For example, when doing a horizontal stroke, the brush is drawn evenly from left to right, but then at the end, the brush is pressed down diagonally to create a firm stop. Then, with a pause, a trace is shown for the movement of the brush to the next stroke. Although the characters appear formally spaced and sized here as in standard script, the flaring quick movement of the brush at the stops and turns has a light and spirited manner similar to that of running or cursive script. The characters here are also quite large—in fact, the largest among surviving works by Huizong. 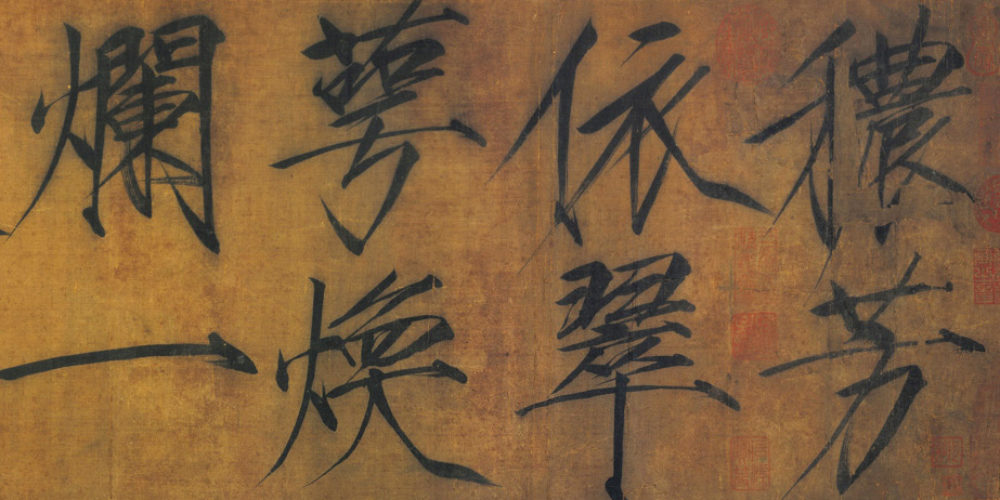