Dream Journey along the Xiao and Xiang Rivers (瀟湘臥遊圖)

This handscroll painting is one of the most important ink landscapes that survives from the Southern Song dynasty. It was formerly believed to be the work of the literati artist Li Gonglin of the Northern Song dynasty (960-1126) and was a treasured item from the Imperial Collection of the Qianlong Emperor (1711-1799) as one of the “Four Exemplary Handscrolls,” along with the Admonitions of the Court Instructress by Gu Kaizhi. Recently, however, the scroll has been determined to be the work of a different artist with the surname of Li (active late twelfth century), who came from the same village as Li Gonglin.

The Xiao and Xiang is the scenic region to the south of Lake Dongting in China’s Hunan province. This painting was produced to console the Chan (Zen) master Unkoku (雲谷), who had made pilgrimages to a number of different places but to his regret had not been able to visit the Xiao and Xiang region. The mountains and rivers have an expansive breadth, while the fishing boats and villages are delicately detailed and the trees are painted with a vigorous brush. Although the handscroll generally has a tendency towards lighter shades of ink, through variations in ink tonalities the artist has created a remarkable atmosphere of subtle contrasts between light and dark. 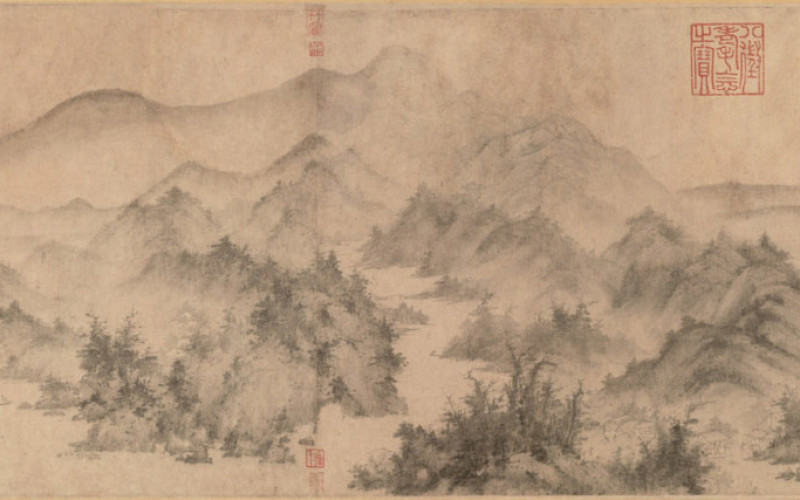