Chen came from a family of prominent officials and scholars. He was well educated and something of a child prodigy who, by age 10, was painting, writing poetry, and excelling at calligraphy. In 1902 Chen went to Japan for further study. While focusing on natural history, he continued to practice traditional Chinese painting and to study Western art. He stayed in Japan until 1910 — one year before the Republic of China was established — at which time he returned to China, taught art, and became prominent in artistic circles. Chen recognized the great promise in several innovative artists — such as Qi Baishi (齊白石) — and he used his influence to further their careers.

Although not strictly conservative — he approved of experimenting with innovative techniques and learning from Western art — Chen believed in the value of traditional Chinese painting. His flower paintings were influenced by Ming Dynasty painters Chen Chun (陳淳) and Xu Wei (徐渭), and his landscape style was drawn from Shen Zhou (沈周) and Shitao (石濤), among others. His figure paintings, however, were inspired by contemporary life and were often based on life sketches in streets and lanes. In all genres, he transformed his absorption of the past into a new and individual style. His brushwork was strong, yet extremely thin, made forceful through the use of more outline than textural strokes.

Chen was deeply concerned with the fate of traditional Chinese art, and he worked closely with the Japanese art historian Omura Seigai to stem the tide of modernization that was threatening the classical tradition. Together they published The Study of Chinese Literati Painting (中國文人畫之研究) in 1922, which examined the history of Chinese scholar-painters who incorporated their knowledge of poetry and other arts into their painting. The book included two seminal essays: Seigai’s The Revival of Literati Painting (translated in Chinese by Chen himself) and Chen’s The Value of Literati Painting, in which he argued that moral quality, scholarship, literary talent, and emotion were the four essential factors of literati painting. 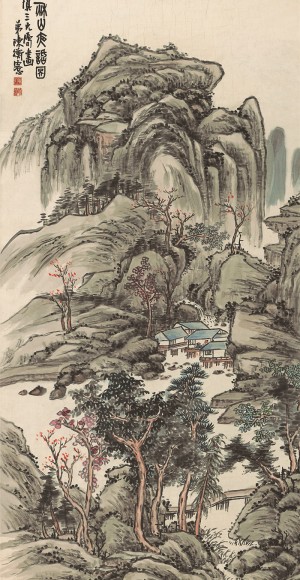 Night Conversation in the Autumn Mountains 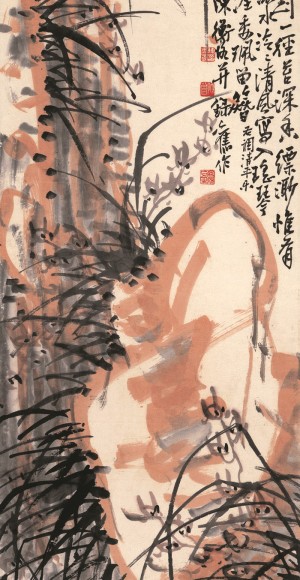 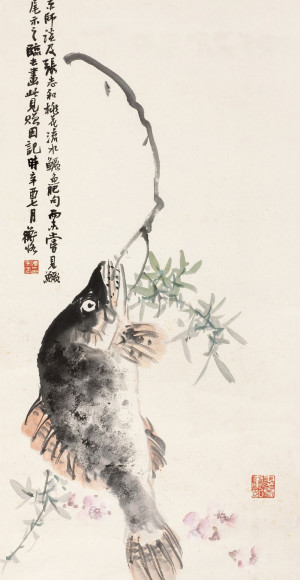