Gao Jianfu (高劍父, 1879–1951), a native of Guangzhou, was credited for leading the Lingnan (Canton) School’s effort to modernize Chinese traditional painting as a “new national painting.” Along with his brother Gao Qifeng and friend Chen Shuren, they are known as the Three Masters of the Lingnan School.

Gao Jianfu learned painting with Ju Lian (居廉, 1828-1904) in his early years before he went to Japan, where he was influenced by the Nihonga movement that synthesized Western realism—natural light and luminous colors—with Eastern materials, techniques, and subject matter. This new hybrid art included the use of perspective, chiaroscuro, and other elements of Western painting.

While in Japan and after his return, he was involved in Sun Yat-sen’s revolutionary movement. After Sun Yat-sen passed away, he devoted himself to the modernization of Chinese painting and art education. The work of the Lingnan School was sometimes too Japanese in feeling, however, and too deliberately synthetic to command a wide following, but it showed that the traditional medium could be adapted to modern themes.

Gao Jianfu passed away in Macao in 1951. 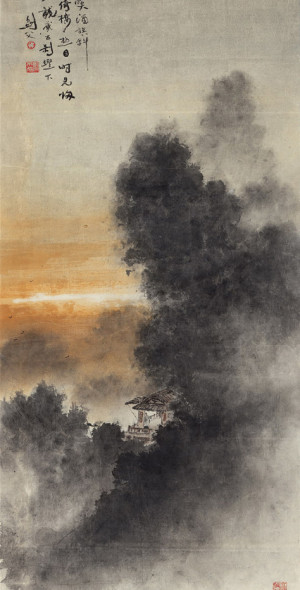 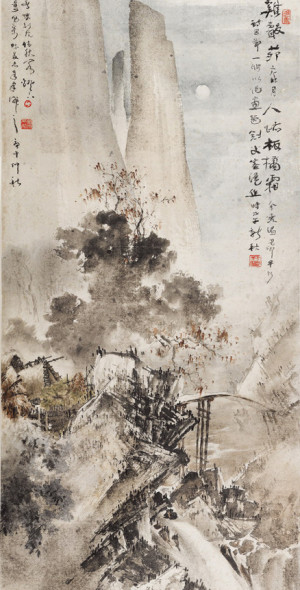 Thatched Cottage under the Moon 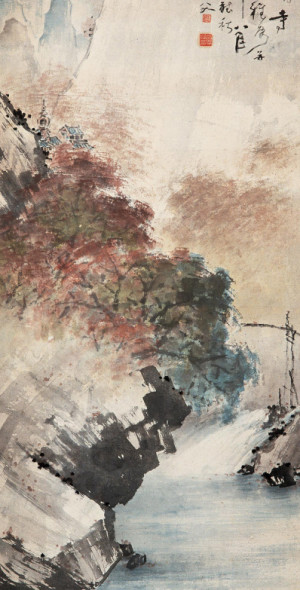 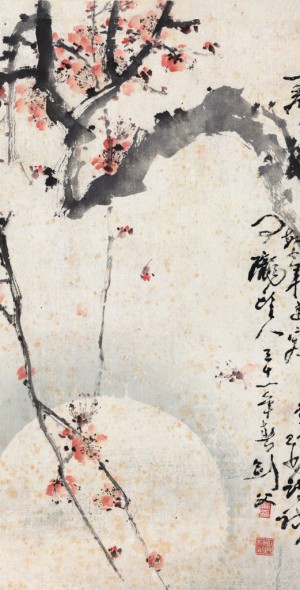 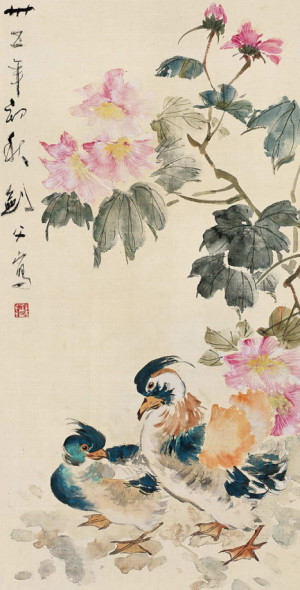