Guan Tong (關仝, fl. mid 10th c.) was a native of Chang-an in Shaanxi. He was a pupil of the landscape painter Jing Hao (荊浩) and later surpassed him. Guan often painted the landscape of the Shaanxi region with its rugged and soaring scenery. Early connoisseurs commented that as his brushwork became simpler, his spirit became more expressive; as his motifs became less complex, his ideas more far-reaching (筆愈簡而氣愈壯，景愈少而意愈長。). His only shortcoming was his inability to paint figures, which were often done by his student Hu Yi (胡翼). Guan Tong was known along with Li Cheng (李成) and Fan Kuan (范寬) as one of the Three Masters of northern landscape painting in the early Song. 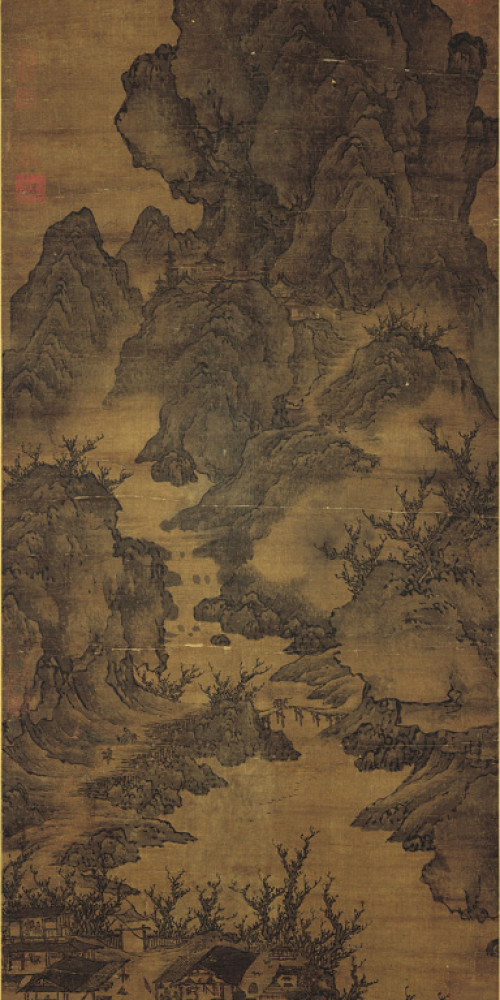 Travelers in the Guan Mountain 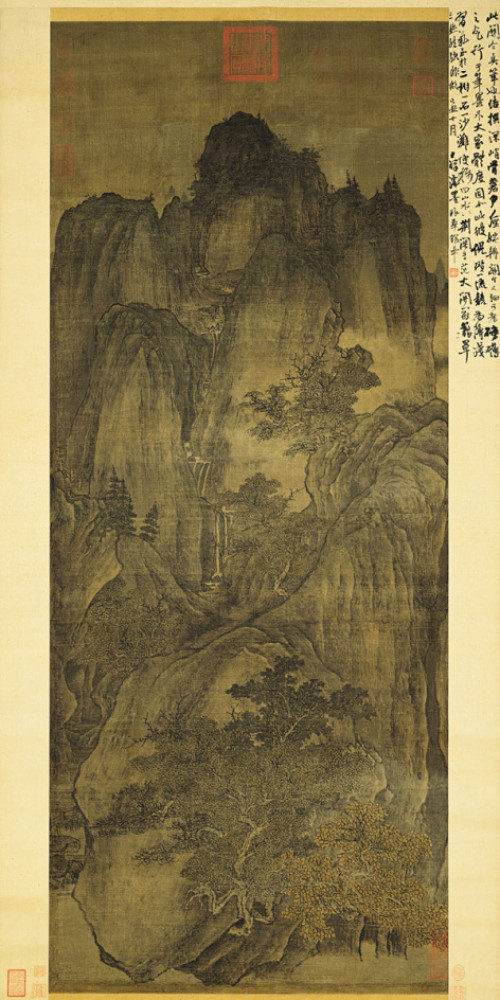