Guo Xi (郭熙, ca.1020–1090) was a Chinese landscape painter from Wenxian in Henan province who lived during the Northern Song dynasty. He served as a court painter under Emperor Shenzong (reigned 1068–1085). Early in his career as an artist, Guo Xi painted large screens and walls for major palaces and halls in the capital that had caught the attention of the emperor. Guo was later promoted to the highest position of Painter-in-Attendance in the court Hanlin Academy of Painting. He produced many monumental landscape paintings and specialized in painting large pine trees and scenery enveloped in mist and clouds. He employed “curled cloud” texture strokes (卷雲皴) for mountain slopes, while he did trees in “crab claw (蟹爪)” forms to create a style of his own. Being a court professional, he developed an incredibly detailed system of idiomatic brushstrokes which became important for later painters. His most famous work is Early Spring, dated 1072. The work demonstrates his innovative techniques for producing multiple perspectives which he called “the angle of totality.” The following is an excerpt from his “Treatise on Mountains and Waters (山水訓)”: 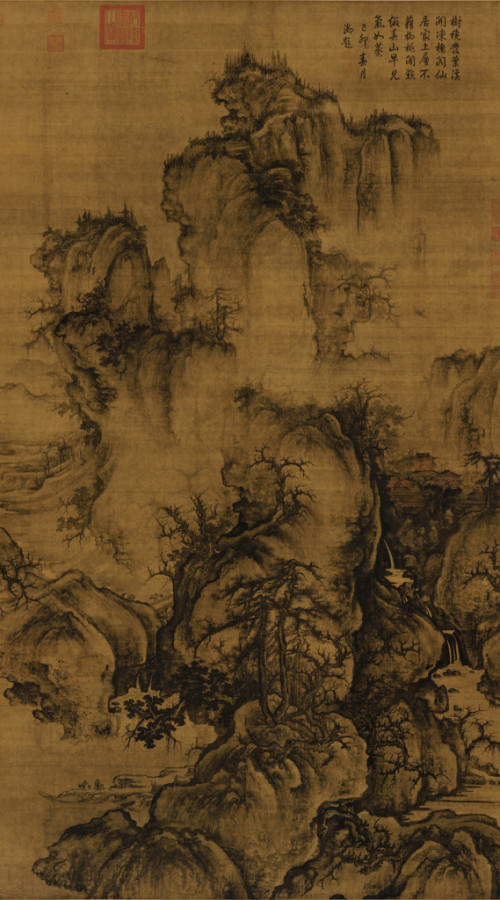 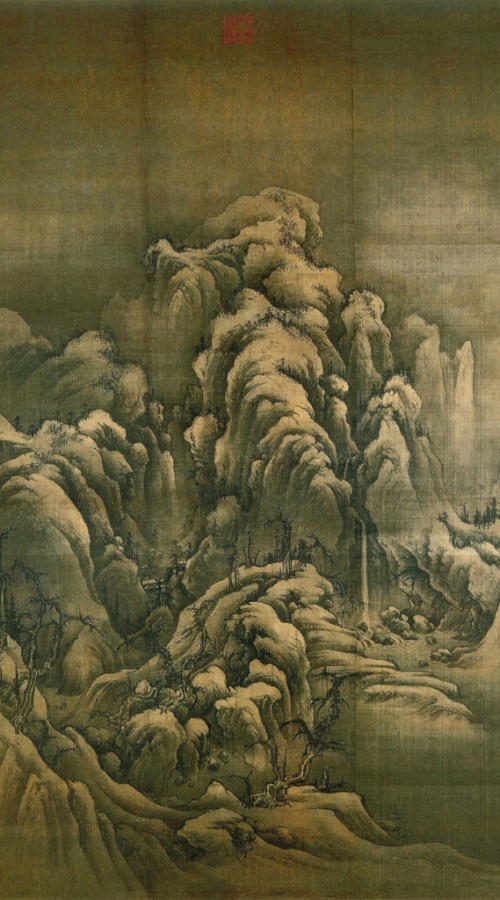