Huang Binhong (黃賓虹, 1865-1955) was a painter and art theorist who, faced with the challenge of a new society in 20th-century China, incorporated fresh ideas into traditional Chinese painting.

Huang Binhong’s father was a merchant and art enthusiast who encouraged his son’s interest in painting. In 1888 his business collapsed and the whole family moved to She County (歙縣) in Anhui province, their native land. In the ensuing years, Huang developed an affinity for his ancestral home and formed a partiality for Xin’an (新安) literature and painting. As a young artist, he emulated the styles of the Xin’an School of painting. He also began collecting ancient seals and studying their inscriptions on bronze and stone (jinshi, 金石).

Huang Binhong opposed the Manchu dynasty and was involved in revolutionary activities. When he was exposed in 1907, he fled to Shanghai, where for two decades he taught and worked as a publisher and editor of a variety of art books and journals. In 1937 he moved to Beijing, where he was employed by the Beiping Ancient Works Display Center (北平古物陳列所) to appraise paintings for the Nationalist government.

Huang Binhong’s work and ideas reached maturity during the 1930s and ’40s. In his writings from this period, Huang advocated studying the Tang and Song works “to trace the past, in order to initiate the future.” He wrote “Huafa yaozhi” (“Principles of Painting”) in 1934, in which he explained his five ways of using the brush and his seven ways of using ink. He derived his style from the close study of Chinese tradition and of nature. Huang Binhong was among the first to point out the significance of the Xin’an School of painting in his scholarly writings of the early 1940s. Beside the Xin’an School, Huang was also influenced by Dong Qichang (董其昌, 1555–1636).

Despite these ancient influences, some of his painting techniques, especially his experiments with the effects of light and his autonomous use of brush and ink, converged with those of Western Impressionism and Modernism. He developed calligraphic strokes in his works, forming a luxuriant and richly integrated style in which he deftly manipulated solid and void. At the end of his career, when his eyesight was failing, Huang Binhong nearly departed from figuration in his paintings, while still infusing them with the essential spirit and resonance of the natural landscape. When he was 80 he had his first solo retrospective in Shanghai. 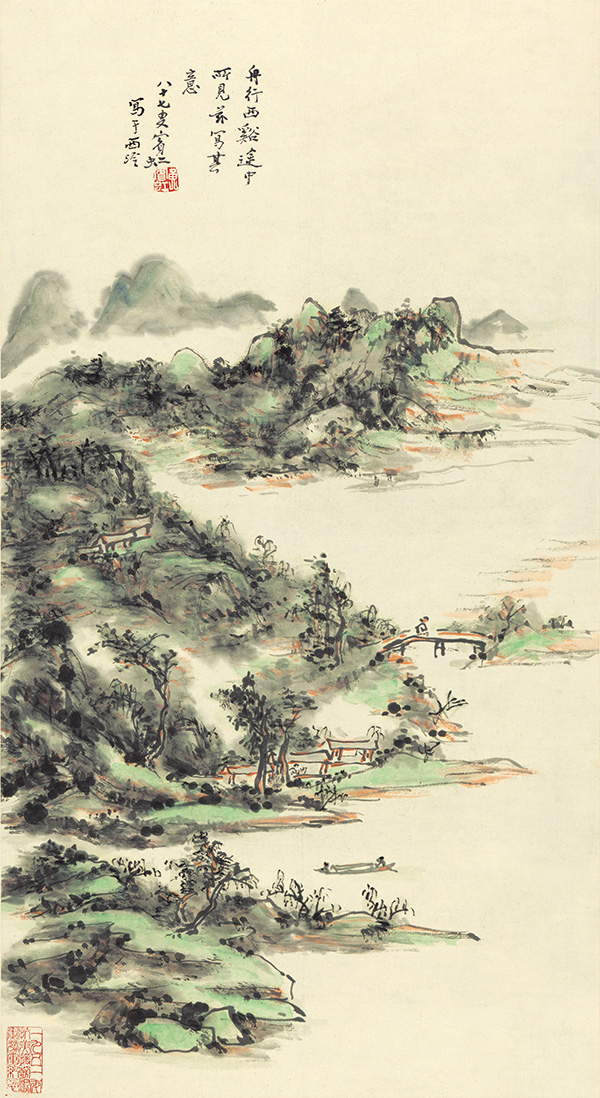 Boating among Streams and Valleys 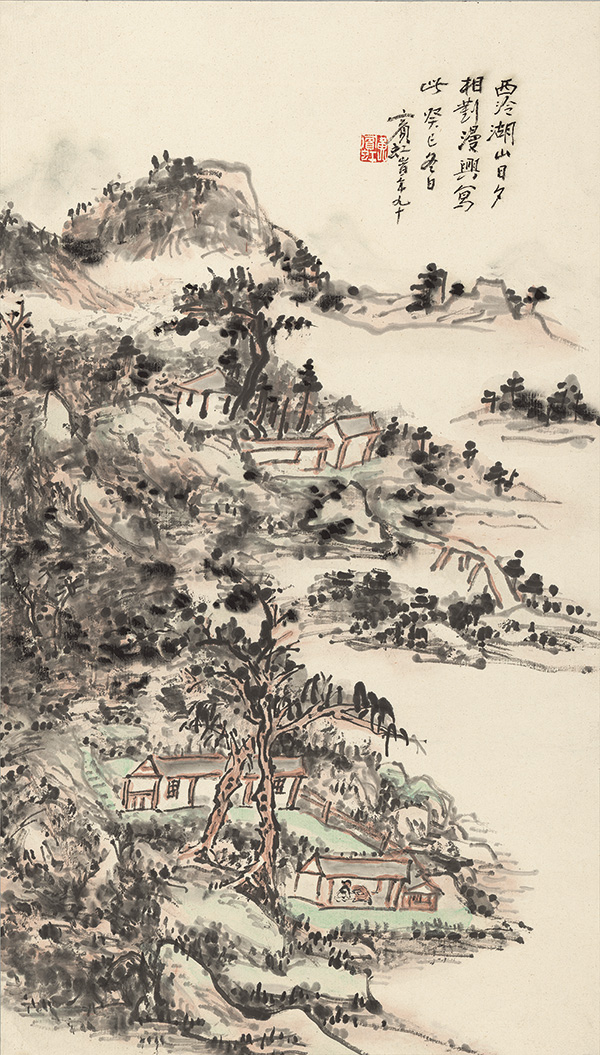 Lakes and Mountains at Xiling