Juran (巨然, fl. latter half of 10th c.), a native of either Zhongling (modern Nanchang in Jiangxi) or Jiangning (modern Nanjing in Jiangsu), was a monk at the Kaiyuan Temple who originally specialized in painting the southern scenery of Jiangnan (south of the Yangtze River). A student of Dong Yuan (董源), he followed the vanquished Li Houzhu of the Southern Tang to the newly established Song dynasty capital of Bianjing (modern Kaifeng in Henan) in 975. Since Juran came under the influence of the northern landscape style in the Song, his horizontal “level-distance” manner of Dong Yuan was adapted to become a vertical “high distance” one. Yet he still retained the Dong style of “alum heads” for mountaintops and “hemp-fiber strokes” for texturing the hills. He also continued to use light ink to capture the atmosphere of cloudy hills that suggest the mist and rain of Jiangnan, thus retaining aspects of the southern landscape tradition. 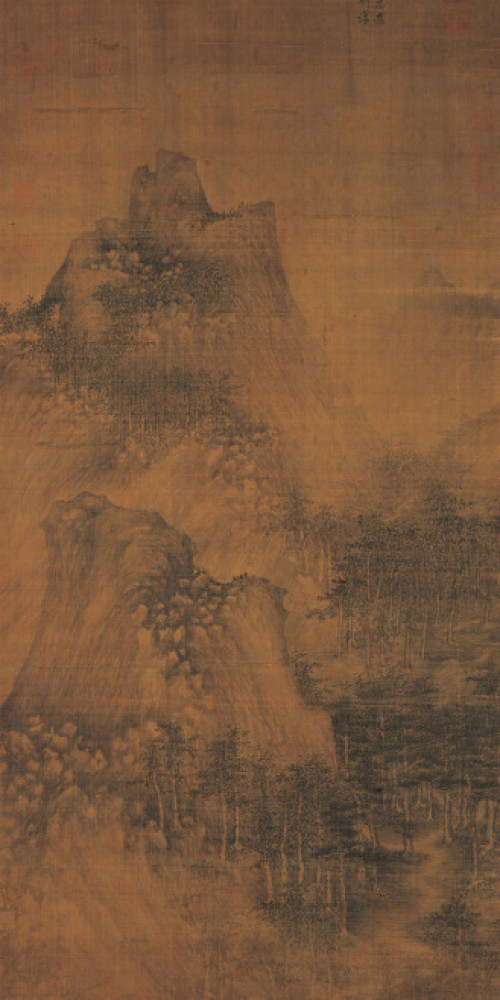 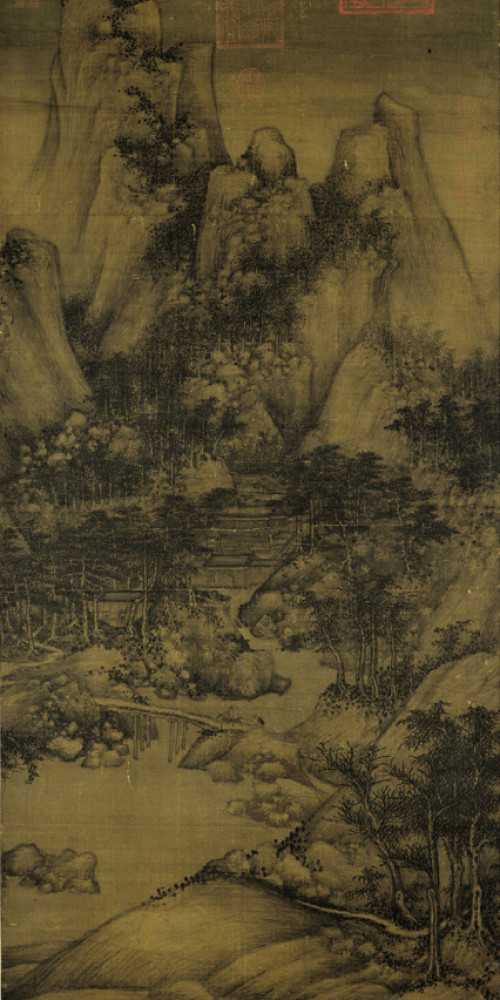 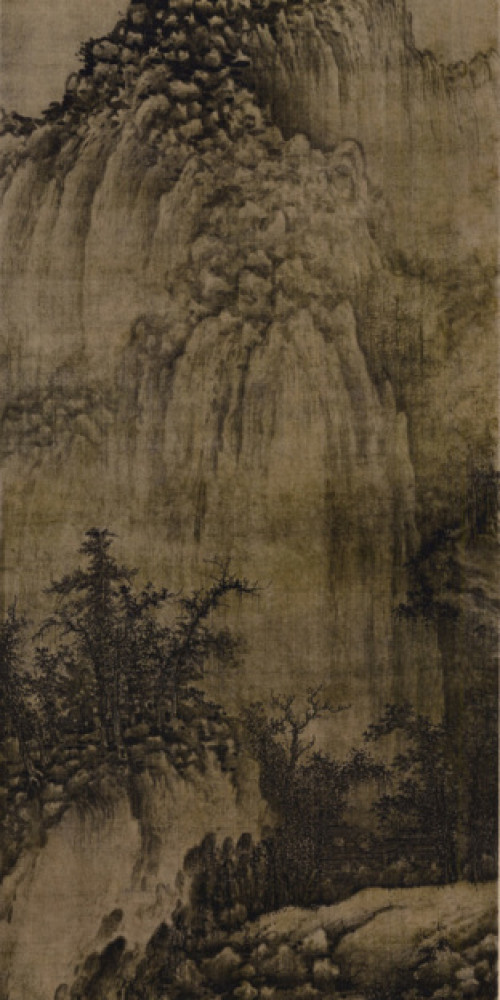 Buddhist Monastery by Streams and Mountains 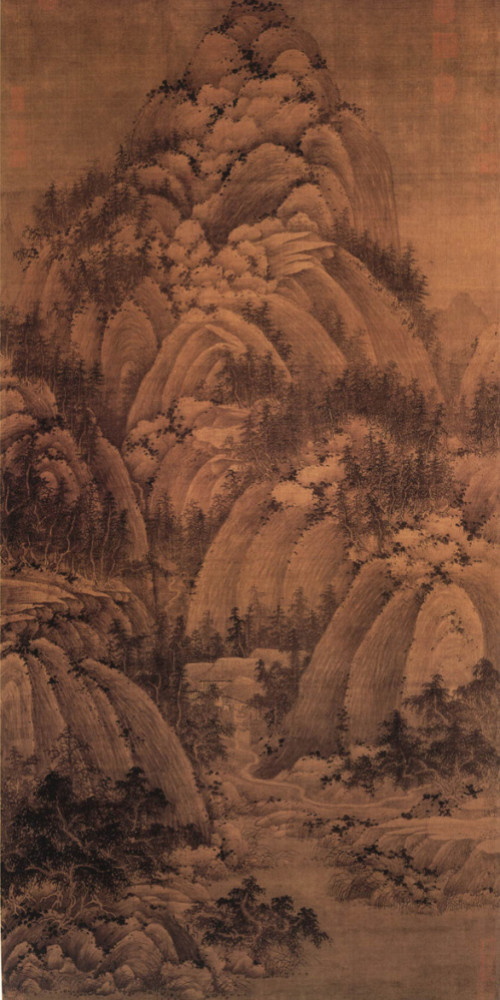 Asking about the Dao in Autumn Mountains