Leng Mei (冷枚, ca. 1670–1742), courtesy name Jichen (吉臣), was active during the late 17th and early 18th centuries. A native of Jiaozhou in Shandong province, Leng Mei was a student of the noted painter and astronomer, Jiao Bingzhen (焦秉貞, 1689–1726). He became a court painter during the Kangxi reign and was active until 1742 during the Qianlong period. Leng Mei was especially skilled at depicting human figures, particularly court ladies and classical Chinese beauties, as well as landscapes, buildings and animals in an elaborate and rich palette. 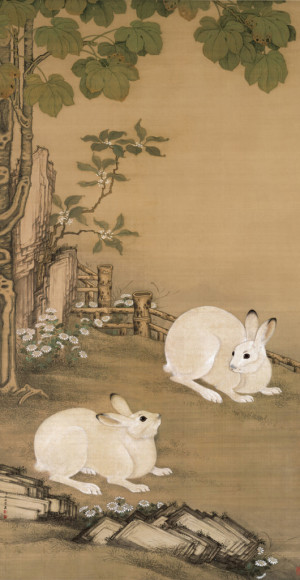 Twin Rabbits under a Plane Tree 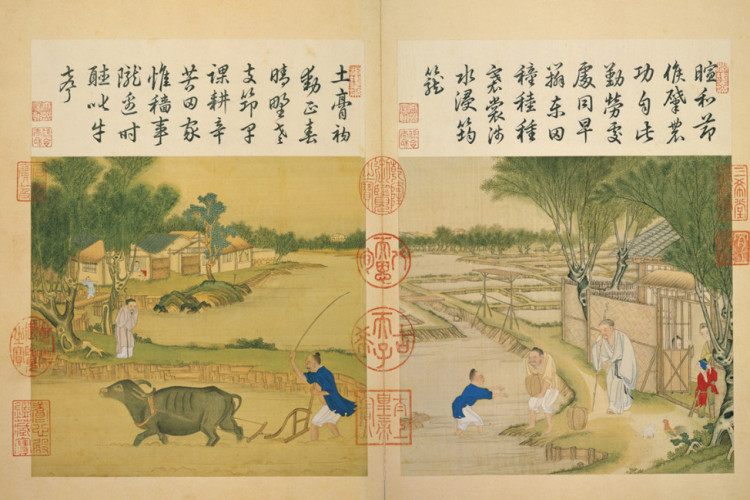 Illustrations of Agriculture and Sericulture