Li Cheng (李成, 919–967), style name Xianxi (咸熙), was a Chinese landscape painter during the Five Dynasties period and early Song Dynasty. His ancestral lineage was with the Tang Dynasty imperial Li (李) family, which had fallen out of power in 907 with the collapse of the Tang Empire.

Guan Tong (關仝), Li Cheng, and Fan Kuan (范寬) together were known as the “three great rival artists (三家鼎峙)” from the Five Dynasties period to early Song. In his early years, Li Cheng modeled the works of Jing Hao (荊浩) and Guan Tong, but later developed his own style. He was said to “treasure ink like gold (惜墨如金)” and did many landscape paintings with diluted ink, thus rendering the scenery like in a filmy mist. He defined the soft, billowing earthen formations of the Shandong area terrain with “cloudlike” texture (卷雲皴), interior layers of graded ink wash bounded by firmly brushed, scallop-edged contours. Li Cheng is remembered especially for winter landscapes and for simple compositions in which he set a pair of tall, rugged, aging evergreens against a low, level view of desiccated landscape. As with Jing Hao and Guan Tong, probably none of his original work survives, but aspects of his style have been perpetuated in the paintings of other artists, such as Guo Xi (郭熙). 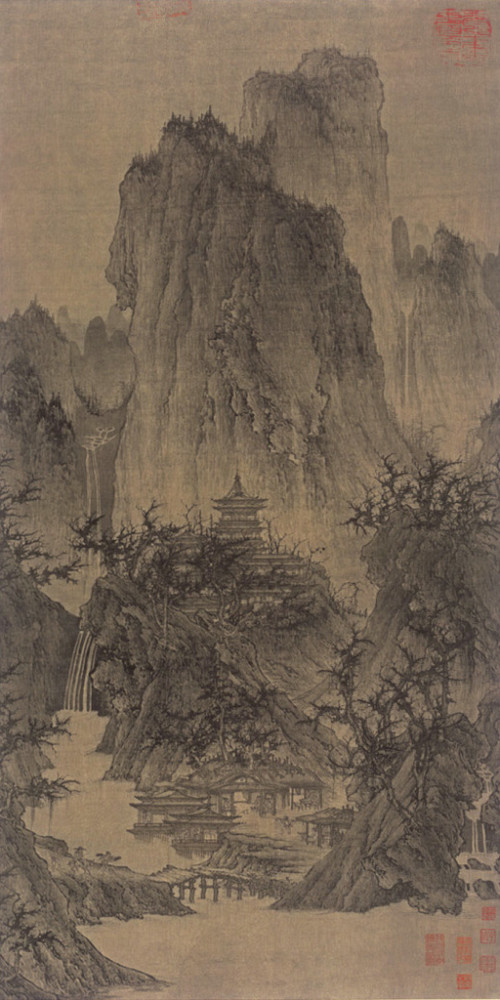 A Solitary Temple Amid Clearing Peaks 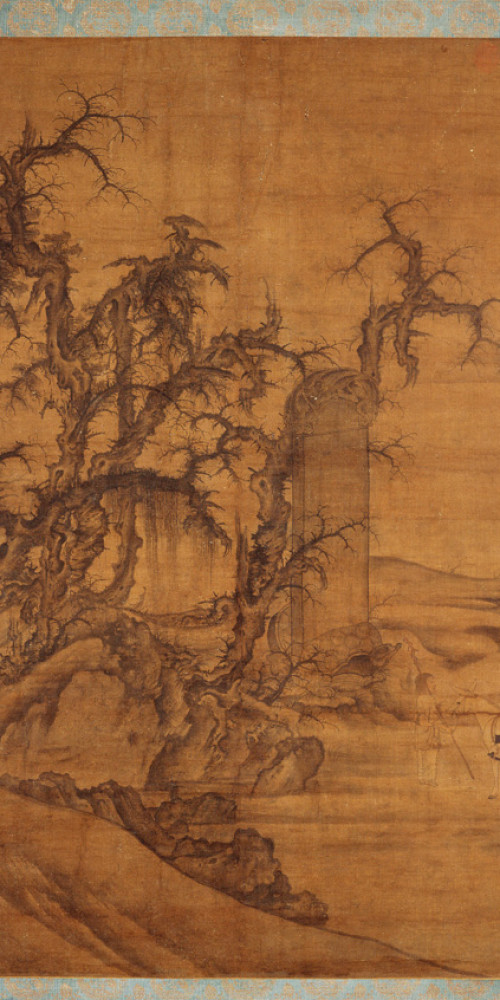 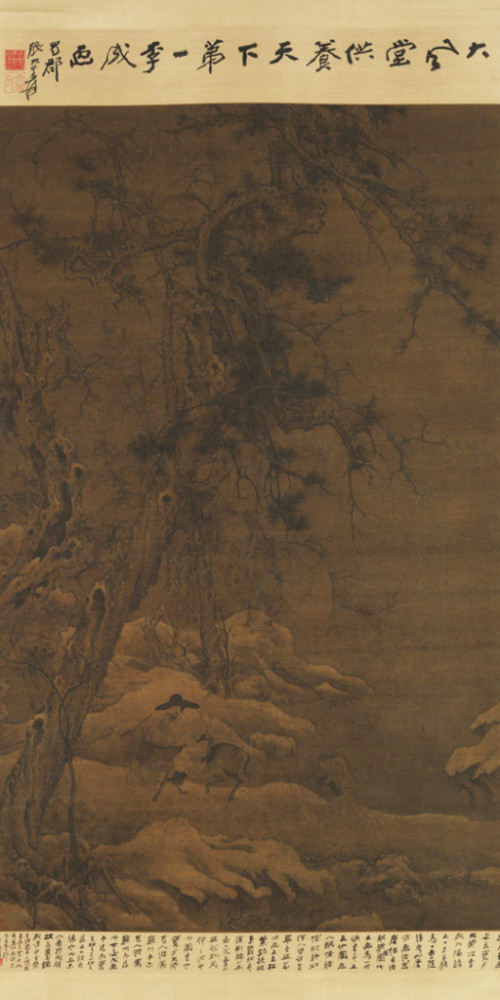 Travelers in a Wintry Forest 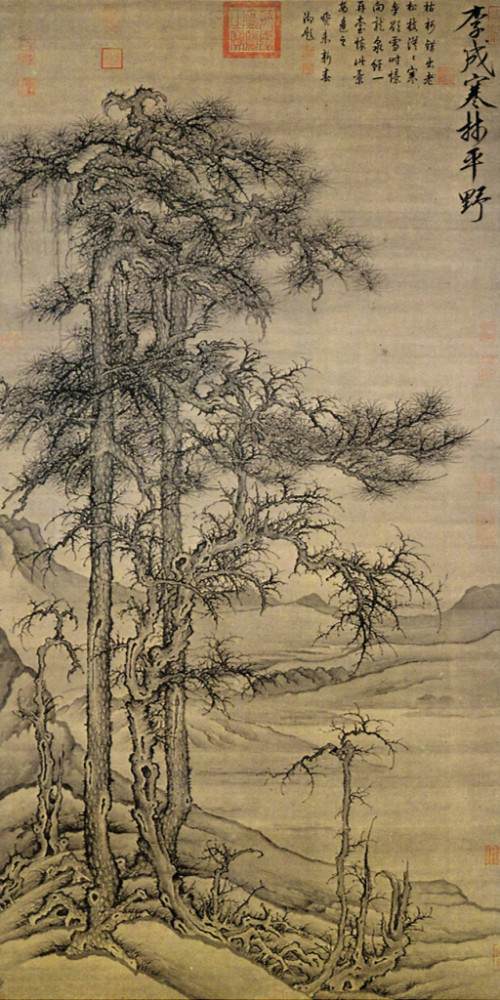 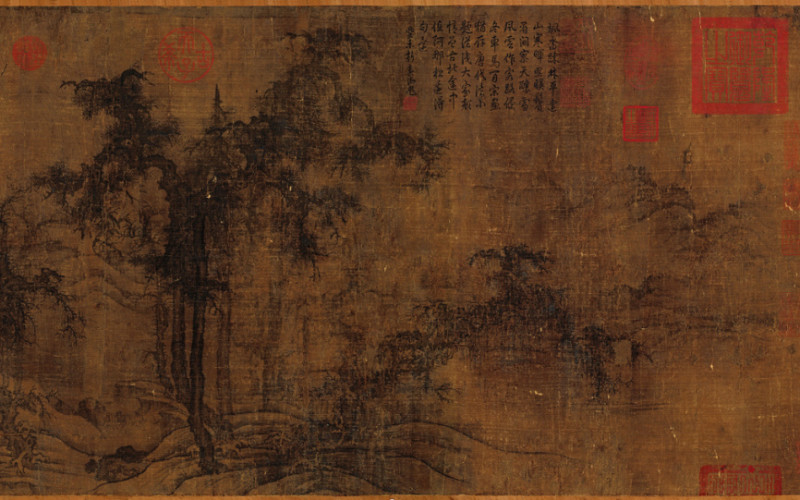