Li Kuchan was born in Gaotang County (高唐縣), Shandong Province (山東省). Coming from a poor peasant family, Li took up hard labour to earn his way through art school in Beijing. He also studied with Xu Beihong (徐悲鴻) and Qi Baishi (齊白石); the latter considered Li his best student. Li Kuchan was active as an art teacher in Beijing from 1926, notably at the Central Academy of Fine Arts from 1950 until his death in 1983. He specialized in bird-and-flower painting in the free and spontaneous xieyi (“sketching the idea”) style that captures the spirit of the subjects through expressive calligraphic brushwork and simplified forms. He was known for his depiction of birds of prey throughout his career, but the works of his later years are particularly free and bold. The phrase “Pan of the south and Li of the north (南潘北李)” was coined in recognition of the similarity of Li’s style with that of Pan Tianshou (潘天壽). 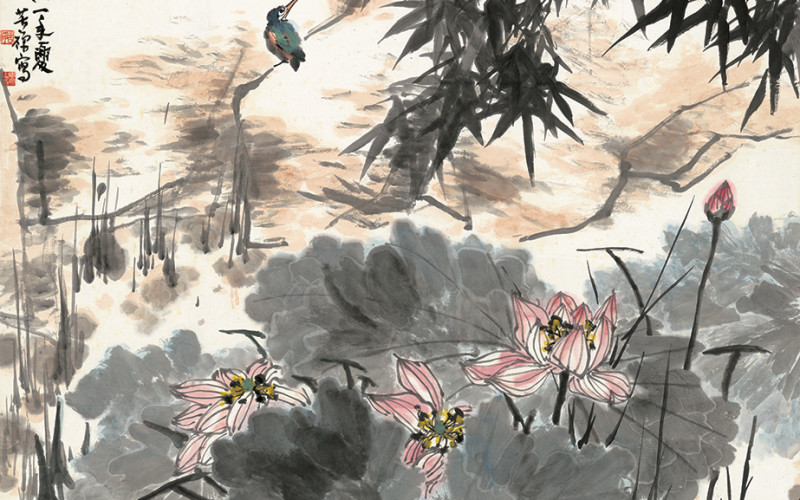 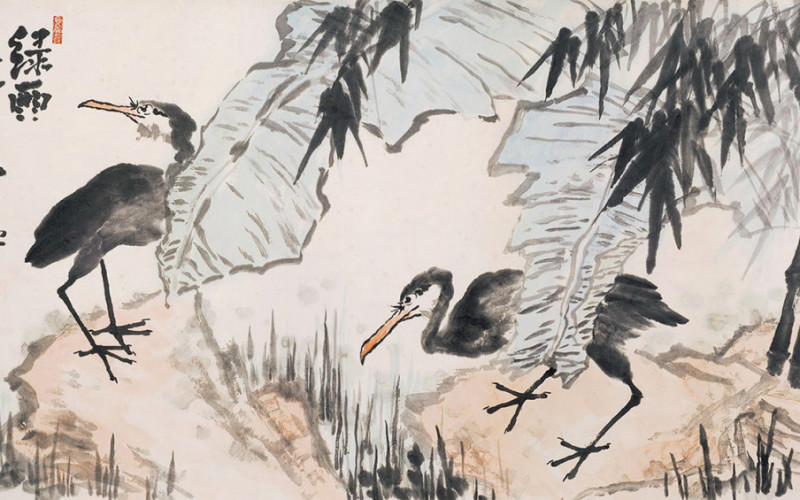