Li Sixun (李思訓, 651–716) was a Chinese painter who was later seen as the chief exponent of a decoratively colored landscape style of the Tang dynasty and as the founder of the so-called Northern school of professional painters.

Li Sixun was related to the Tang imperial family, led an active political life including exile and restoration, and was given the rank of general. His son, Li Zhaodao (李昭道), was also a famous painter, and thus the father is sometimes called Elder General Li and the son Younger General Li. While no genuine works survive, both Li Sixun and Li Zhaodao are known to have painted in a highly decorative and meticulous fashion, employing the precise line technique derived from earlier artists such as Gu Kaizhi (顧愷之, 348–409) and Zhan Ziqian (展子虔, ca. 550–604), especially adding the decorative mineral colors blue and green, often together with white and gold. Chinese theoretician Dong Qichang (董其昌, 1555–1636) spoke of a stylistic division between the decorative tradition among Northern painters begun by Li Sixun and the scholarly tradition among Southern school painters begun by Wang Wei (王維, 701–761). 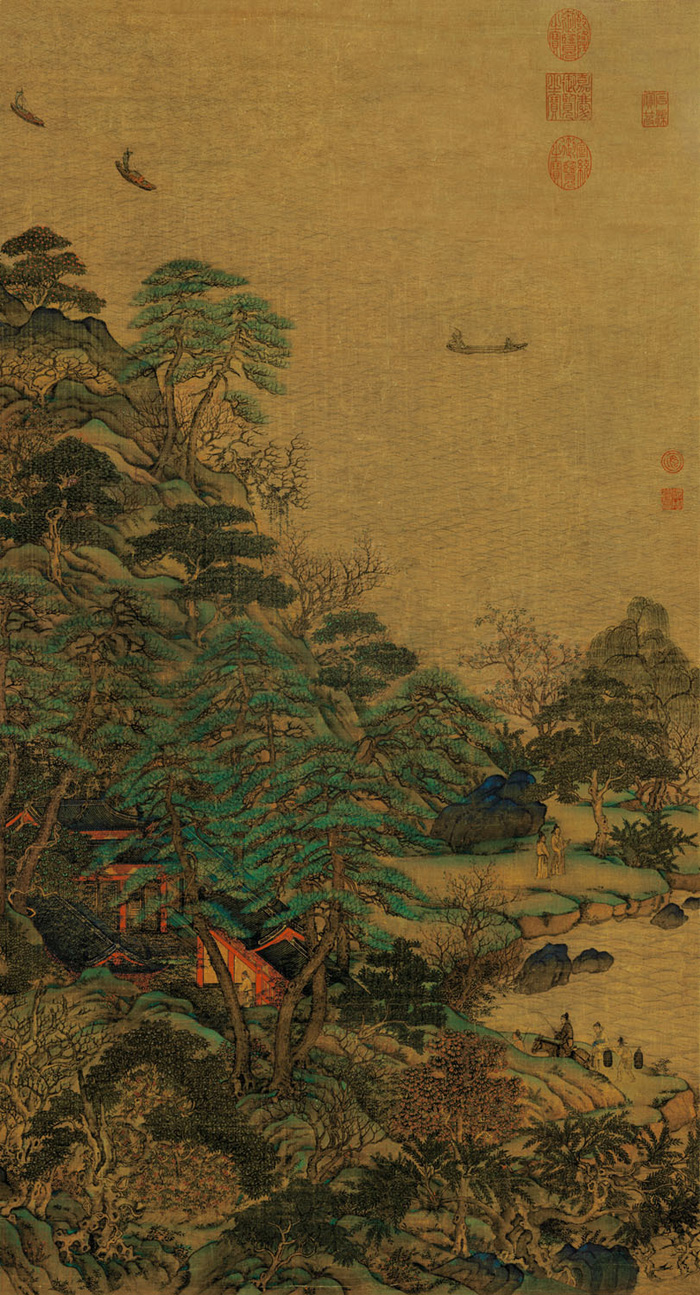