Liu Songnian (劉松年, ca. 1155–1224), a native of Qiantang (modern Hangzhou), was a Chinese figure and landscape painter who was one of the greatest masters of the Southern Song dynasty.

Liu Songnian entered the Southern Song Painting Academy as a student in the Chunxi period (淳熙, 1174–1189) and went on to become a daizhao (待詔, painter-in-attendance) in the Shaoxi period (紹熙, 1190–1194). He would serve in the imperial painting academy for more than 40 years. During the reign of the emperor Ningzong (寧宗, 1195–1224), he was awarded the prestigious Golden Belt.

Liu Songnian was primarily a figure painter. Typically, his works featured relatively large figures executed in a detailed manner and placed close to the spectator in the picture plane. Typical examples are his Lohan paintings (dated 1207), in which his protagonists are placed in elaborate landscape settings. In such works, all forms are painted in meticulous detail in ink and watercolor. The facial expressions of his figures are vivid and the patterns in which their clothing drapes are very intricate. Such descriptive interest is also demonstrated in Five Tang Scholars, in which the main scene is again placed at the front of the picture plane.

Liu Songnian’s landscapes further show his talent at rendering meticulous detail. The most important landscape paintings attributed to him are Landscapes of the Four Seasons and Traveling in Snow Mountains. Even though the figures in these works are small, the idea of a human in harmony with nature is clear. Landscapes of the Four Seasons, which were remounted as a hand scroll, echo the new development of bird’s-eye view composition exemplified in the work of Li Tang (李唐, ca. 1050–1130). Mountains and rocks, modeled with bold ax-cut strokes, also show his familiarity with Li’s brush style. Traveling in Snow Mountains retains some of the monumentality of Northern Song compositions, even with the addition of figures in the immediate foreground. 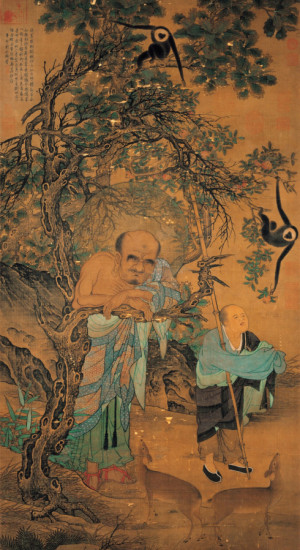 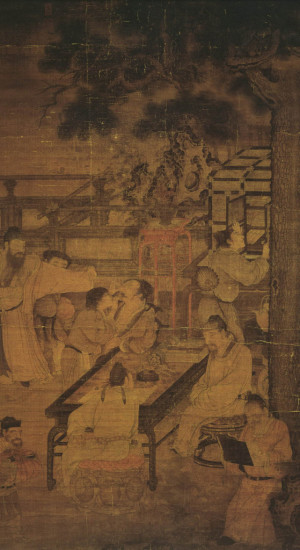 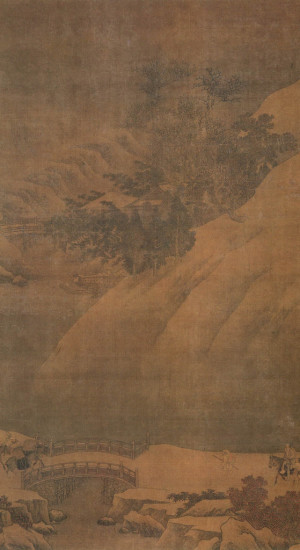 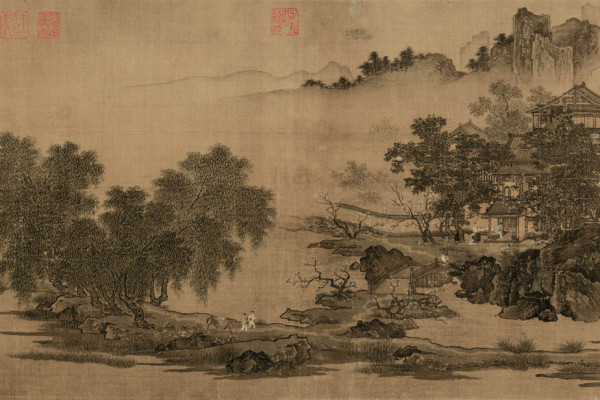 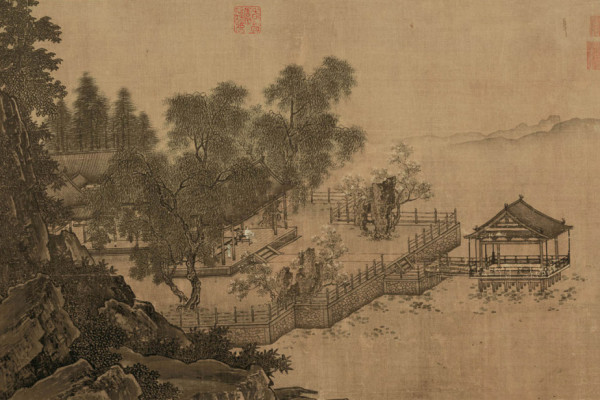 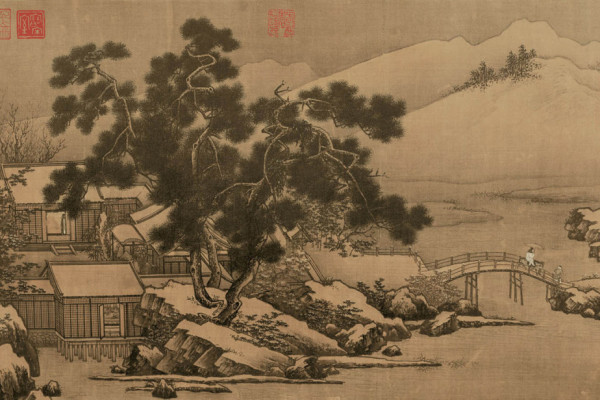