Puru (溥儒, 1896-1963), courtesy name Xinyu (心畬), was a native of Beijing, and a member of the Manchu imperial family, born near the end of the Qing dynasty (1644-1911). He was cousin to the last emperor Puyi and was one of the children who presented themselves at the palace as candidates for the future emperor. After the Qing dynasty was overthrown, he decided to go by his courtesy name. He was a student in Berlin University, studying Astronomy and Biology. After he returned from Europe, he retreated into the Western Mountains, where he spent many years at the Jietai Monastery (戒臺寺) to develop his painting skills. He was strongly against Puyi’s cooperation with Japan.

Pu Xinyu gave himself a pseudonym Xishan Yishi (西山逸士), meaning “Hermit of Mount West”, which disclosed his lofty inner being. He received students, but the teacher-student relationship was kept in the classical sense. It was a parent-child relationship, in which the father carried the responsibility of the well-being, character-building and spiritual development of the child. Therefore before a student became accepted, Puru carefully examined the student’s character and his family background.

His training was highly disciplinary. He demanded his students to rub their own ink from charcoal inksticks, for such preparation brought the mind to peace, which would assist the painter in connecting himself to the spirit of art and creativity or to the sphere of beauty and grace. In the entire first year of Pu Xinyu’s training, the student was not allowed to paint, but to practice calligraphy only. In the entire second year, he was to draw rocks, mountains and branches of trees. In the third year, he was allowed to cover the trees and branches with leafs, and so on. This kind of schooling builds up the total command of the brush as well as humility and strength. Every Saturday morning, his students would gather around him to receive a lesson in Chinese literature, after which their works were presented to the master and new assignments were given. In these Saturday mornings, Master Pu never just talked; he was always doing something else at the same time, either calligraphy, painting, or playing a moon-sitar (a string instrument), many times with his precious white face long-armed monkey on his chest. He was often amused by what he was painting and liked to make fun of the figures which he created. A great master he was, full of love and kindness.

Encountering Rain in the Forest 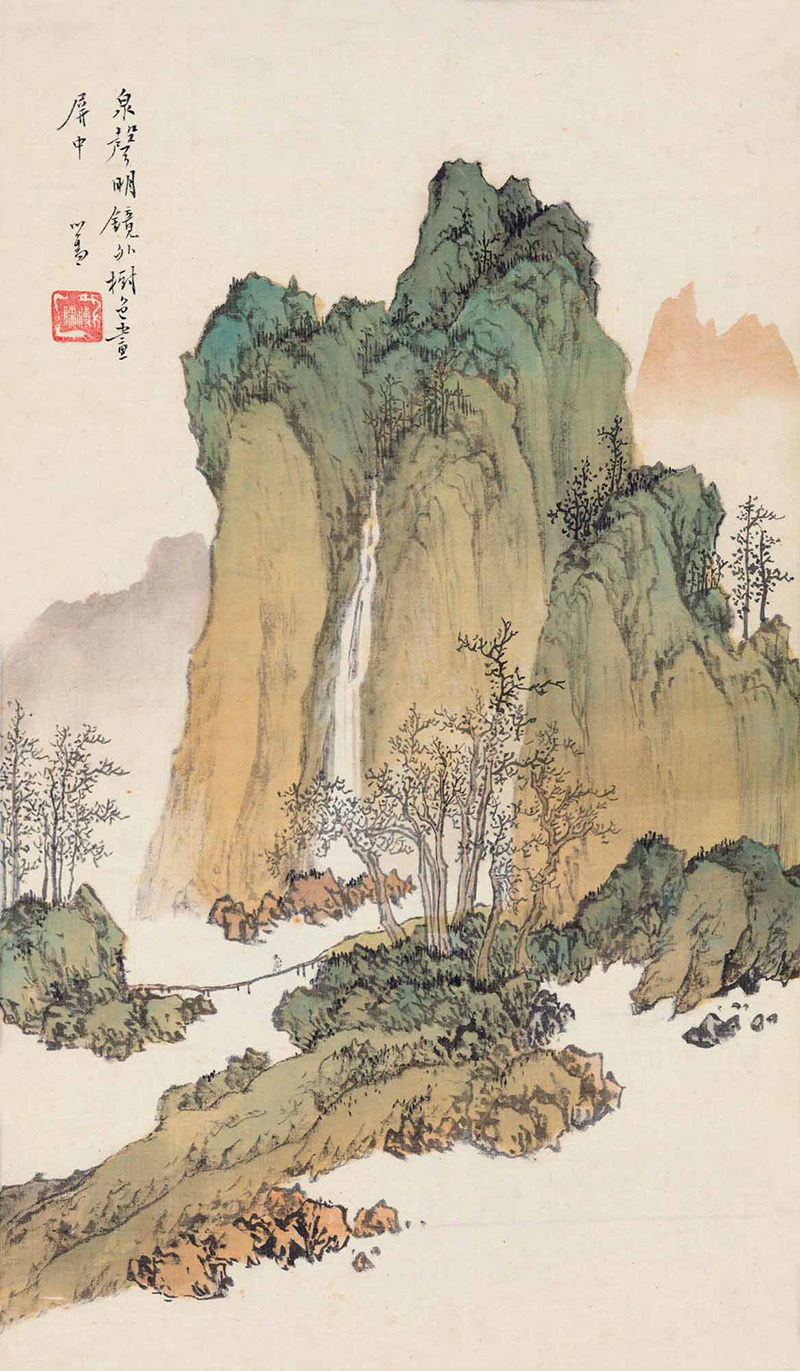 Sound of Spring, Color of Trees