Red Cliff is the site of a major battle in 208 AD during the Three Kingdoms period at which the underdog emerged victorious. In 1082, Su Shi traveled to Red Cliff and wrote two “Odes to the Red Cliff”, which became significant works in the annals of Chinese literature. Artists of subsequent dynasties created numerous works to commemorate Su Shi and his odes, including this painting by Qiu Ying.

In this painting, Su Shi and his friends are chatting and drinking tea in a flat-bottomed boat. This kind of activity was deemed as elegant entertainment in literary circles at that time.

Qiu Ying was born in a poor family but with talent and hard work, he became one of the “Four Masters of Ming”. 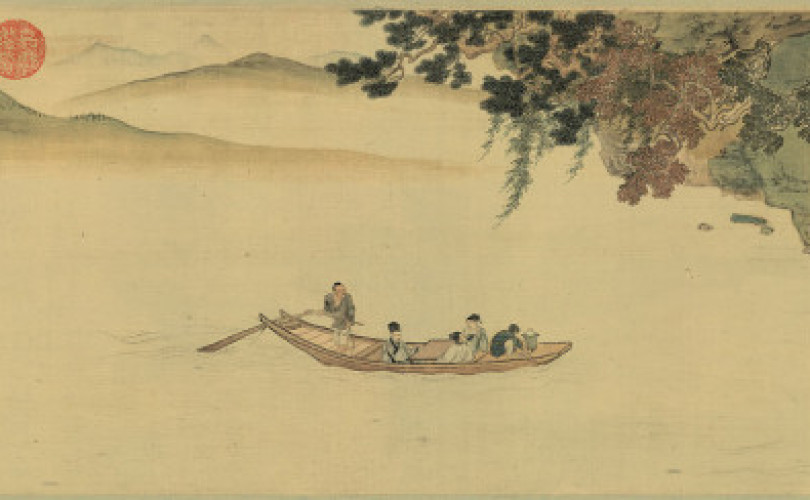