Sheng Mao (盛懋, fl. ca. 1310–1360), courtesy name Zizhao (子昭), was a native of Lin’an (modern Hangzhou). He lived most of his life in Jiaxing, where he was a neighbor of Wu Zhen. In his early days, he learned painting from Chen Lin, who was a student of Zhao Mengfu.

Sheng Mao was considered a professional painter and used delicate skills in his painting. But he was also heavily influenced by the literati ideals that were becoming popular during the period. As a result, his paintings displayed features from both the literati and artisans.

Autumn Boating on a Maple River 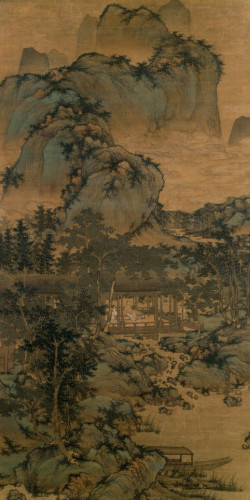 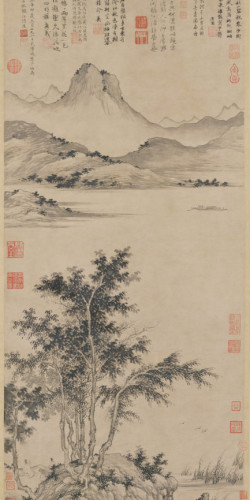 Awaiting the Ferry at an Autumn Riverbank 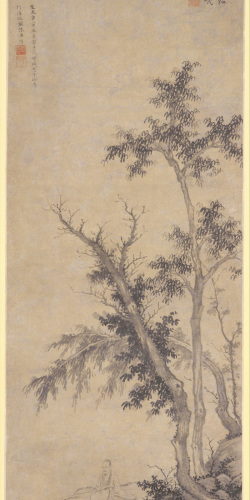