Su Hanchen (蘇漢臣, fl. mid-12th c.) was a native of Kaifeng, Henan, who specialized in painting Buddhist and Taoist figures. During the Xuanhe era (宣和, 1119-1125) under Emperor Huizong of the Northern Song, he was a Painter-in-Attendance at the imperial academy. After the court moved south, Su resumed his position there, and, in the early Longxing era (隆興, 1163-1164) of Emperor Xiaozong, he was praised for his Buddhist paintings, earning the title “Gentleman of Trust (承信郎).” In figure painting, the representation of children is recognized as one of the most difficult, especially in achieving that elusive quality of naivete. Su Hanchen was a master of observation and description who knew that children at play are in a state of natural ease. His ability to capture the spirit and appearance of such children made him the most renowned painter in this genre. 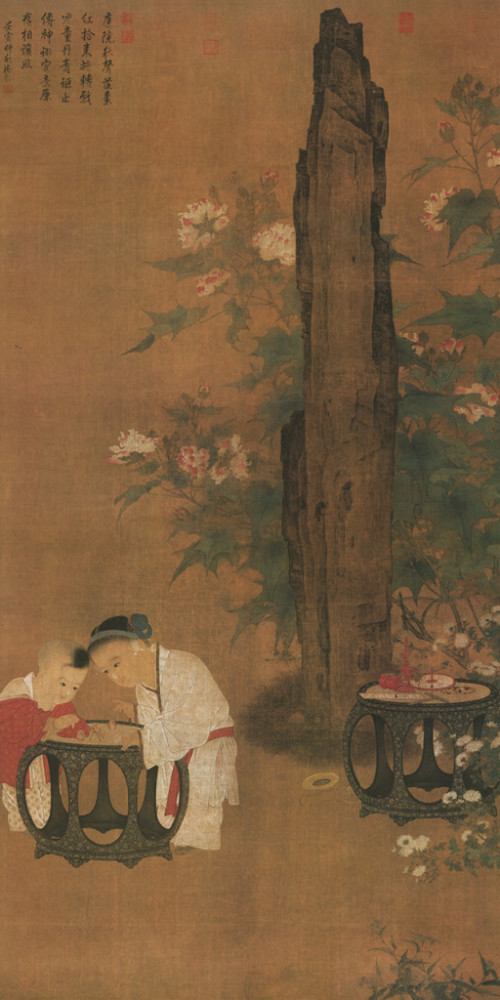 Children at Play in an Autumnal Garden 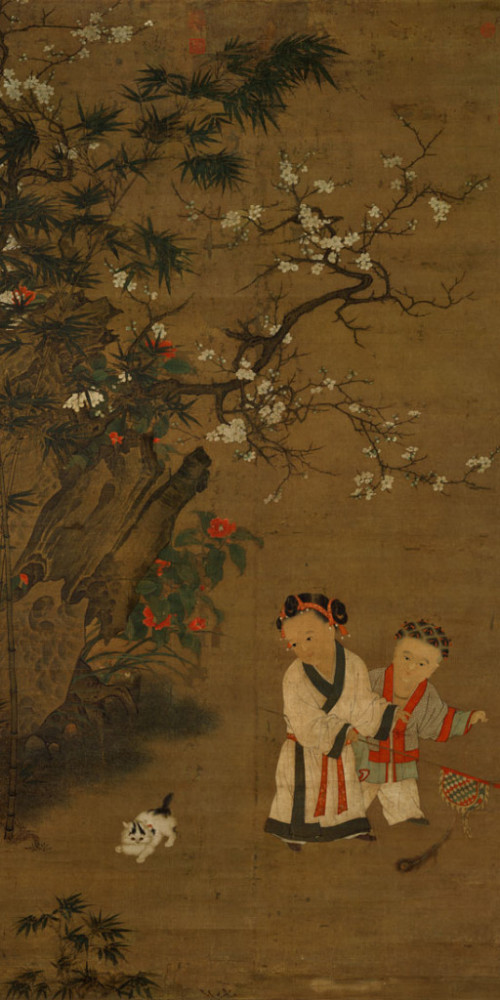 Children at Play in Winter