This work from 1548 is based on Su Shi’s “Latter Ode on the Red Cliff,” depicting Su Shi and his two friends returning to the Red Cliff with wine and fish. It was done in light blue-and-green. Although it is said to be an imitation of Zhao Bosu’s style, the lines and strokes visible under the paint seems transparent and more layered, appearing to be closer to the literati blue-and-green mode of the Yuan artist Zhao Mengfu, while the structure and piling of mountains and tree branches and leaves reveal Wen Zhengming’s own style. Wen Jia’s colophon at the end says the original by Zhao Bosu belonged to a Suzhou scholar. An official wanted it for Grand Secretary Yan Song’s son, but the owner was unwilling to part with it. As a result, Wen Zhengming encouraged his friend not to anger such a high official and did this imitation for him. 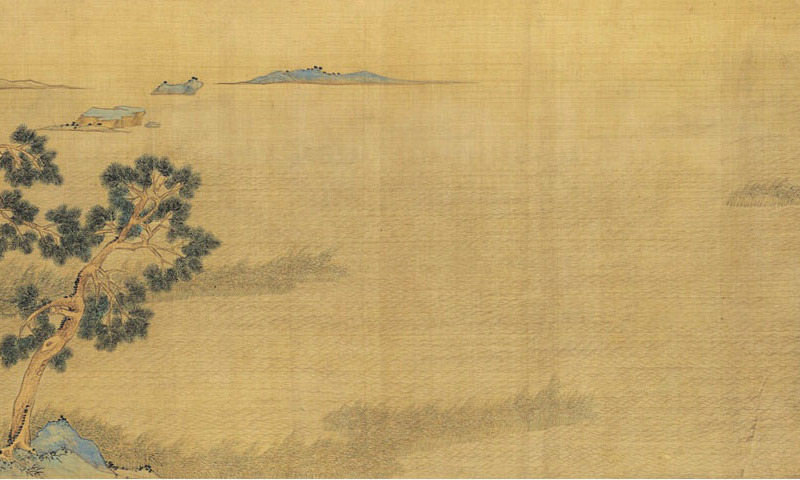