This album leaf presents a poetic evocation of one of the Eight Views of the Xiao and Xiang Rivers. The Eight Views became a popular subject for painters beginning in the late eleventh century after the Chan (Japanese: Zen) Buddhist monk Huihong (惠洪, 1071–1128) composed eight poems on these themes. His poem “Mountain Market, Clear with Rising Mist” offers vivid images for painters to interpret:

Last night’s rain is letting up, mountain air is heavy,
Steam rising, sun and shadow, shifting light
amid trees;
The silkworm market comes to a close, the crowd
thins out,
Roadside willows by the market bridge: golden
threads play;
Whose house with flower-filled plot is across
the valley?
A smooth-tongued yellow bird calls in spring breeze;
Wine flag in hazy distance-look and you can see:
It’s the one west of the road to Zhe Tree Reidge
Valley.
(Alfreda Murck, trans., in Images of the Mind
[Princeton: The Art Museum, Princeton
University, 1984], p. 226)

In Xia Gui’s interpretation, boldly executed brushstrokes and ink dots create an abstract language of visual signs rather than merely descriptive forms: the kinesthetic brushstrokes, which change effortlessly from outlines and foliage dots to wedge-shaped modeling strokes and ink wash, at once simplify and unify the landscape and human forms, breathing life into the moisture-drenched landscape. It was this brilliantly simplified idiom of ink wash and ax-cut brush that infused gesture with meaning, preparing the way for the expressive calligraphic revolution of the ensuing Yuan dynasty. 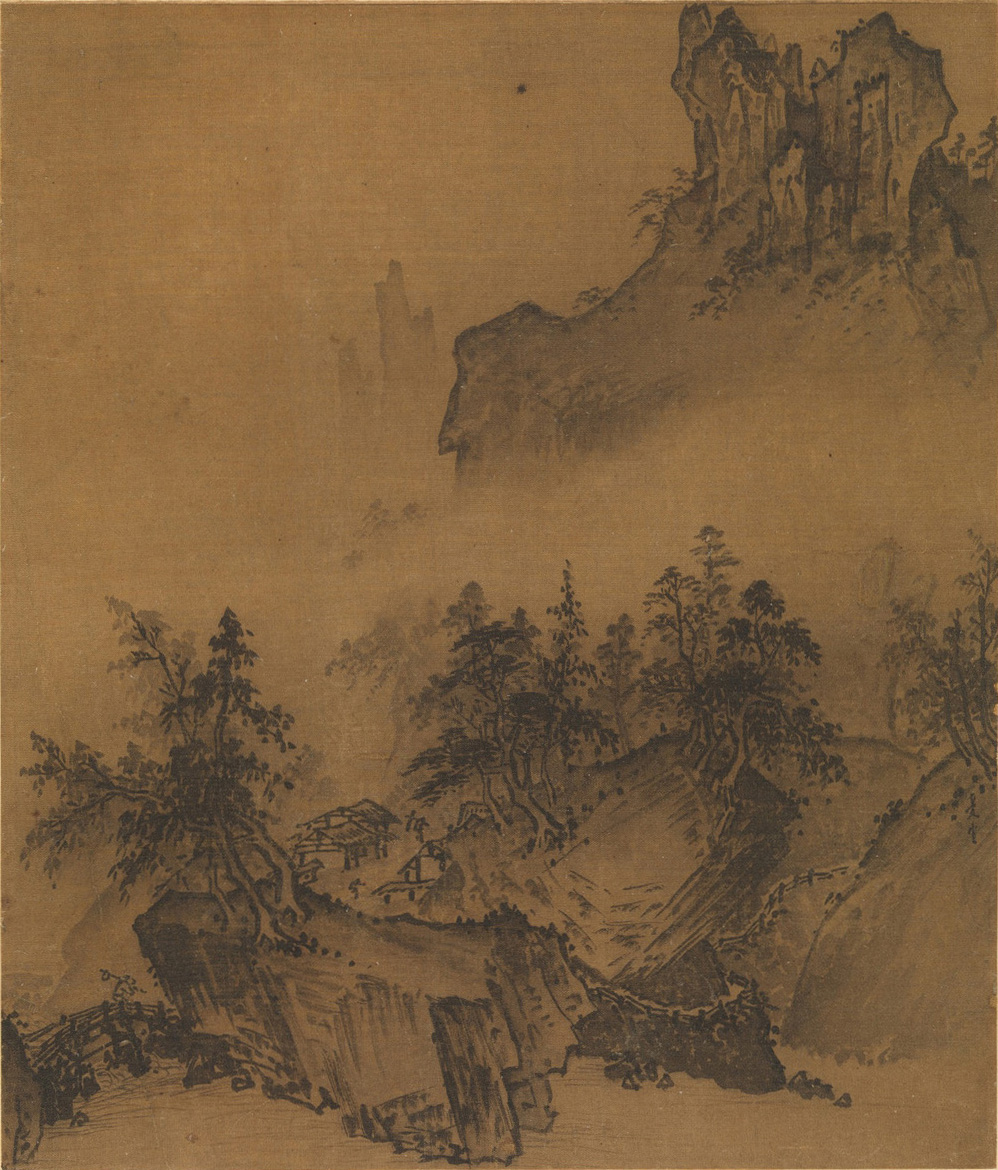