Pure and Remote View of Streams and Hills
(溪山清遠)

This handscroll is composed of ten pieces of paper connected together. Except for the first piece measuring 25 centimeters long, the rest are all about 96 centimeters. The landscape varies considerably in this painting as the artist used different angles to view the scenery. It ranges from rising peaks to winding rivers, creating an unusual compositional structure for the work. Likewise, the variety of brush and ink for the trees is also great. The “large axe-cut strokes,” which are named after their resemblance to chopped wood, are derived from the “axe-cut” texture strokes developed earlier in the Song by Li Tang (李唐, c.1050–1130). These simplified yet naturalistic slanted brushstrokes describe the earthen forms and hills. Forms were first outlined with dry ink and then washed with ink that varies in tone from jet-black to gray. Compositionally, this long scroll can be divided into three distinct sections, with each one revealing a contrast between near and far as well as solid and void. Xia Gui thus took the spatial depth and softness of ink wash to its extreme, and his ability to control and convey the essence of water and ink was especially impressive. 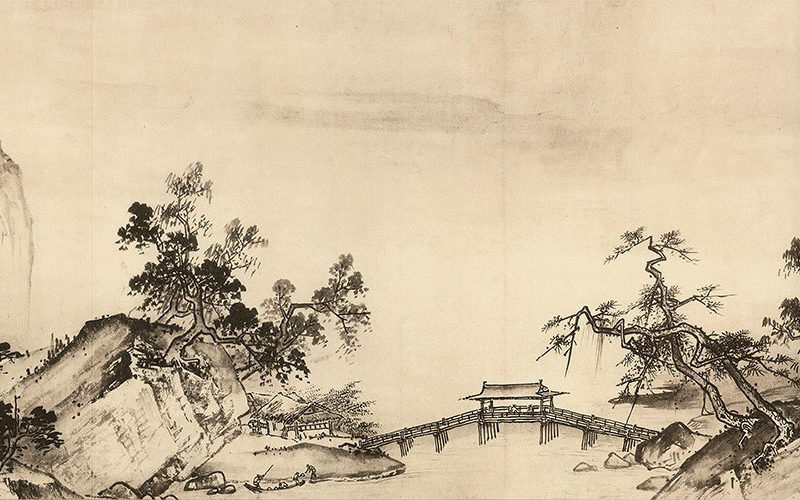 Pure and Remote View of Streams and Hills