Yan Wengui (燕文貴, ca. 967-1044) was a native of Wuxing (吳興) in Zhejiang. Originally a soldier in the military, he traveled to the capital by boat in Taizong’s reign (976-997). There, he was recommended by Gao Yi (高益) and entered the Hanlin Painting Academy. Yan Wengui took part in producing wall paintings for the Xiangguo Temple (相國寺) and the Yuqing Zhaoying Abbey (玉清昭應宮), being promoted to the rank of Painter-in-Waiting in Emperor Zhenzong’s reign (997-1022). He specialized in painting landscapes, buildings, and boats and vehicles, and people referred to his renderings as “Yan Views (燕家景致).” At court, Yan Wengui and the “Yan Views” that he established stood alongside the monumental landscape manner of Fan Kuan (范寬). After Guan Tong (關仝) and Li Cheng (李成), Yan Wengui and Fan Kuan represented the two major schools in northern landscape painting.

Pavilions Among Mountains and Rivers 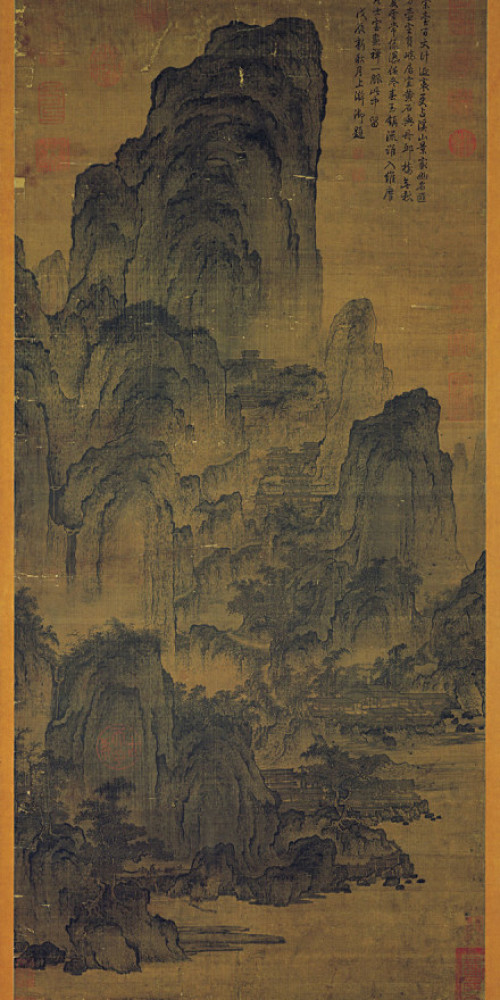 Pavilions Among Mountains and Streams