This piece of carved jadeite is almost completely identical to a real piece of bokchoy cabbage. Carved from verdant jadeite, the familiar subject, purity of the white vegetable body, and brilliant green of the leaves all create for an endearing and approachable work of art. Let’s also not forget the two insects that have alighted on the vegetable leaves! They are a locust and katydid, which are traditional metaphors for having numerous children. This work originally was placed in the Forbidden City’s Yonghe Palace (永和宮), which was the residence of the Guangxu Emperor’s (r. 1875–1908) Consort Jin (瑾妃). For this reason, some have surmised that this piece was a dowry gift for Consort Jin to symbolize her purity and offer blessings for bearing many children. Although it is said that the association between the material of jadeite and the form of bokchoy began to become popular in the middle and late Qing dynasty, the theme relating bokchoy and insects actually can be traced back to the professional insect-and-plant paintings of the Yuan to early Ming dynasty (13th-15th c.), when they were quite common and a popular subject among the people for its auspiciousness. In the tradition of literati painting, it has also been borrowed as a subject in painting to express a similar sentiment, indirectly chastising fatuous officials. For example, in a poem written in 1775, the Qianlong Emperor associated the form of a flower holder in the shape of a vegetable with the tradition of metaphorical criticism found in the Tang dynasty poetry of Du Fu, in which an official was unable to recognize a fine vegetable in a garden. The emperor thereupon took this as a warning to be careful and alert. The maker of this jadeite bokchoy cabbage is probably giving play to their imagination and creativity, following the taste and directions of their patrons. Despite not having more historical records to probe these ideas, it nonetheless provides the viewer with greater room for imagination. 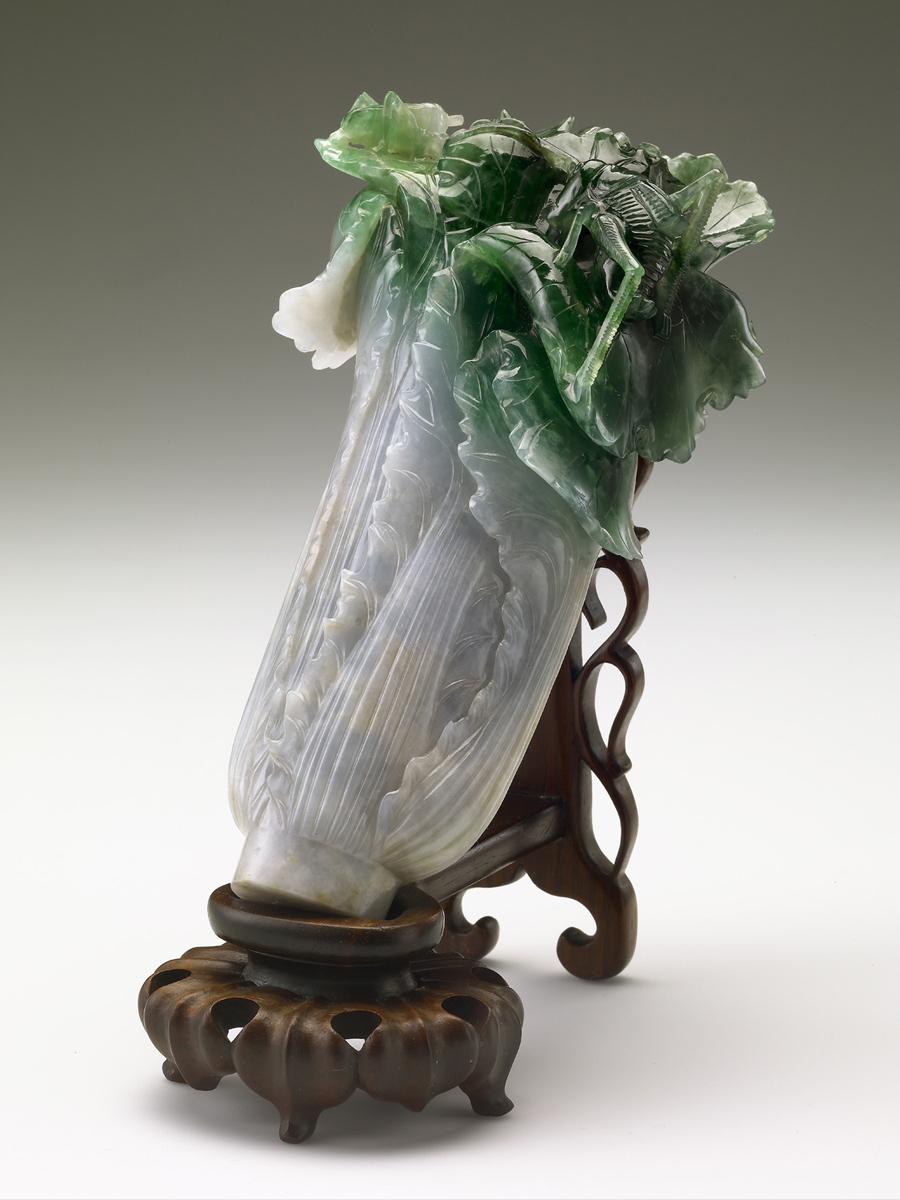